It rained something fierce here last night and most of the day today. I’ve been bent on spending most of this and next weekend fishing before the season ends, so when the rain let up later this afternoon I took a drive out to the Credit. I knew what I was getting myself into of course, but I was hoping by some miracle that the river would not be complete chocolate. Well, it was running close to a foot higher than a week ago and as for colour, I’ll let this picture do the talking: 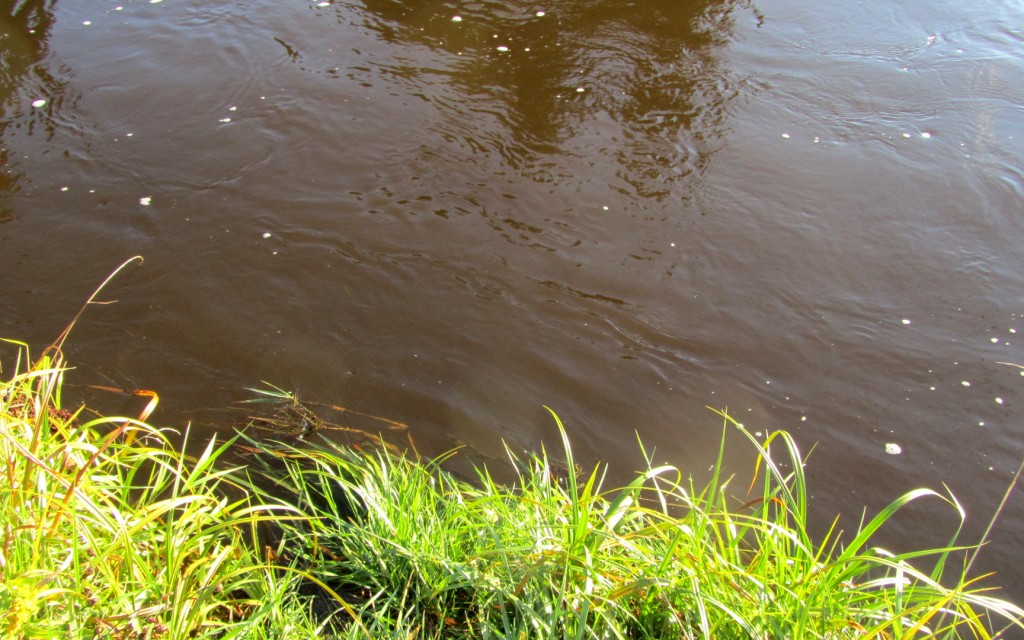 I obviously didn’t attempt to fish this, which was too bad because the sun had just come out and there was a nice hatch going on. Apparently the Grand was still running nice and low today, but I’m sure they’ll dump Belwood Lake sometime soon and change that real fast.