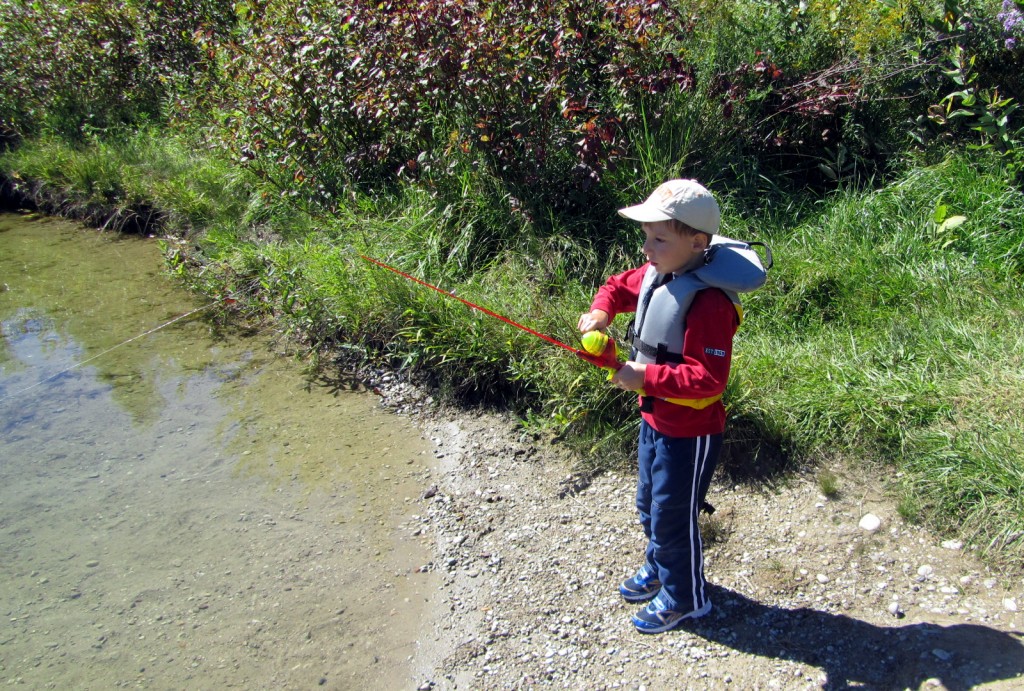 A friend and I fished the Credit for a few hours Sunday morning. It was pretty cold in the morning and the water temperature was below 60 F. When we arrived at the river, we spotted a large porcupine in the middle of a lawn across the street. He was munching on something and didn’t seem at all concerned about our presence. 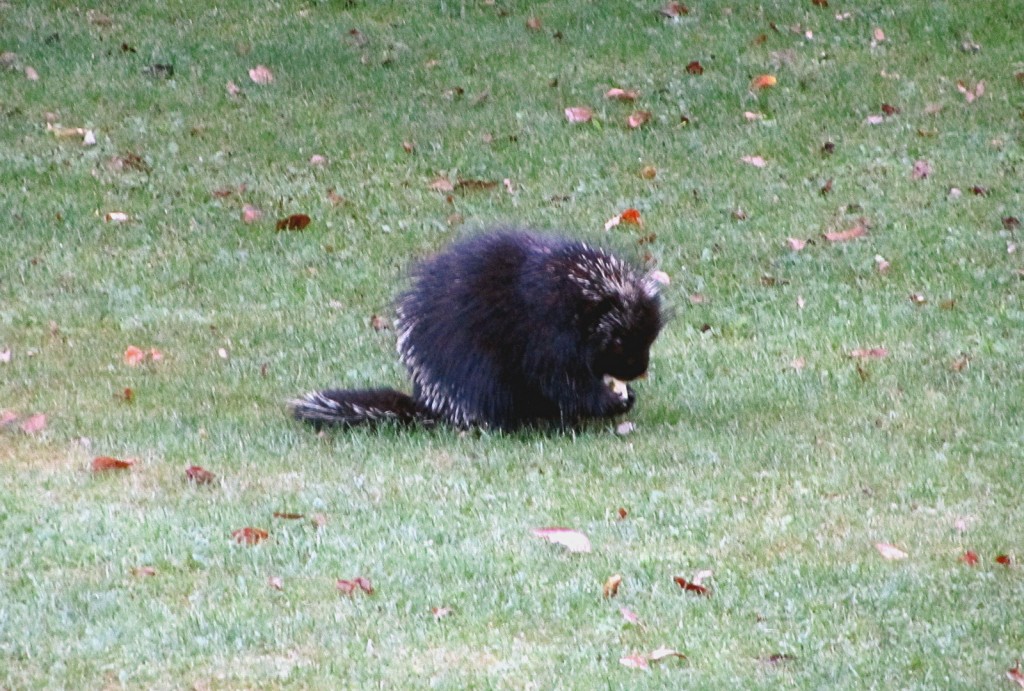 We spotted this porcupine in a yard across the street

Once in the river, we met up with another critter: this time a raccoon. Nothing too out of the ordinary here, except that the little fellow was extremely interested in us for some reason. He had a look of desperation on his face, likely due to either hunger or expecting food (perhaps he’s been fed by locals/visitors). Either way, he followed us for a good 20 minutes and at some points tried to walk out into the river towards us. We couldn’t even scare the little guy away, he simply wasn’t giving up. As much as most people despise raccoons, I sort of felt bad for him. 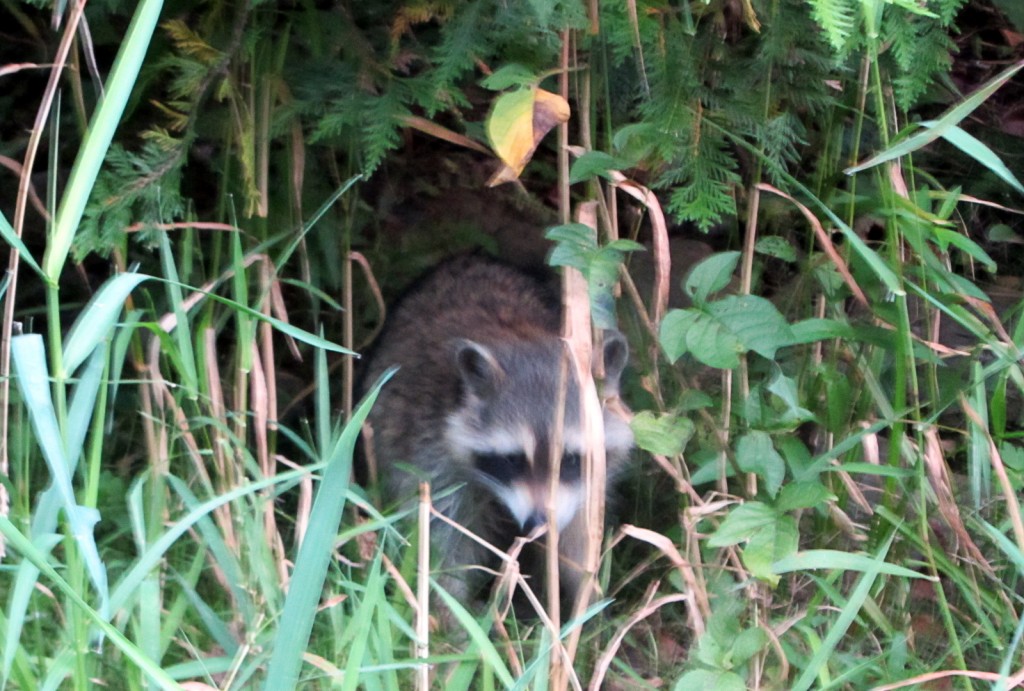 This desperate Raccoon would not leave us be

As for the fishing, not much was happening on the surface until around 10:30 when it warmed up a bit and some sporadic BWO hatches began. I caught just three small trout, which I guess is better than nothing. We also decided to explore some new water, where we spent more time wading and turning over rocks than fishing. I was pleasantly surprised with the quality pools we passed and I think I’ll be back there next weekend to spend a few hours fishing them.

We didn’t see a ton of insects, but what we did see was big. Mainly, a bunch of large Stone Flies (~size 10+) and a Hellgrammite (I think), about size 6. If you aren’t familiar with them, Hellgrammites are the big ugly larval form of Dobsonflies. They’re pretty much the largest insect you’ll find on a river. 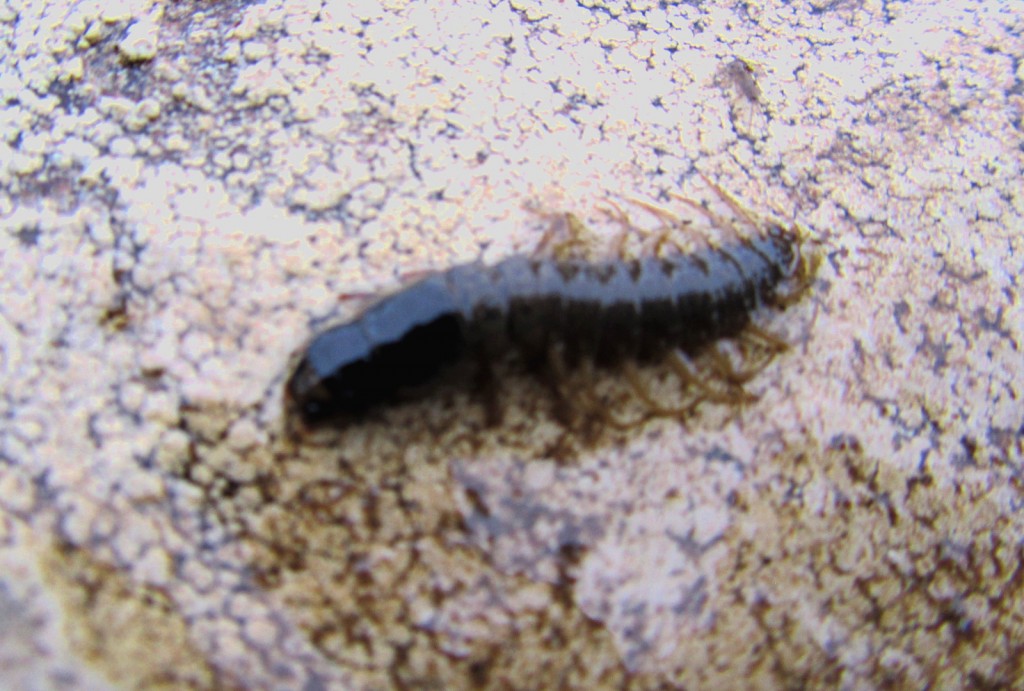 Hellgrammite larva found under a rock – or is this the similar looking Fishfly larva? 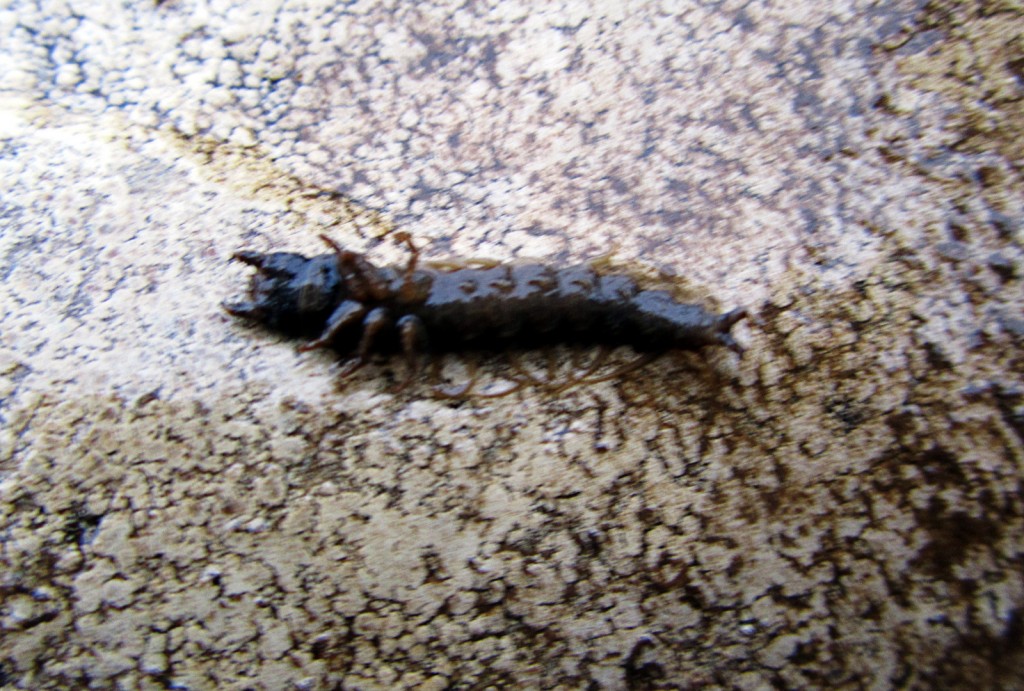 As a side note, it’s becoming very obvious how much I’m in need of a new camera. My current camera (Canon PowerShot SX210) will not take a picture in low light at all, macro mode is broken and it’s nearly impossible to snap a focused picture.