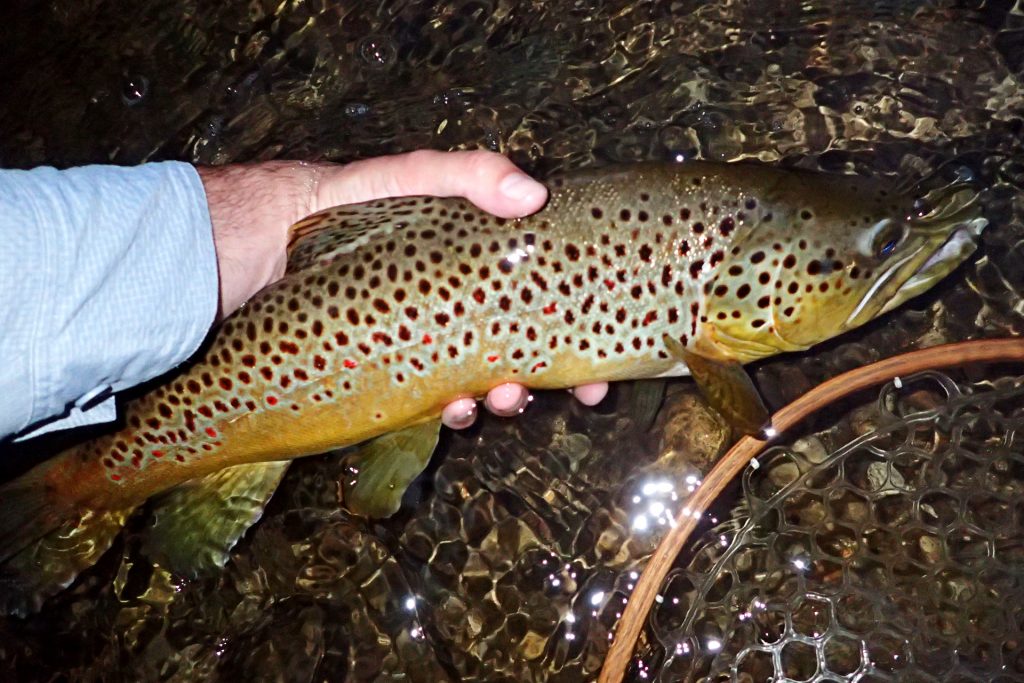 When I caught the above fish, the Drakes had thinned out considerably. There were a few still kicking around that evening and some big fish (like the one above) were still keying in on them, but it was the last I would see of the Drakes for 2016. 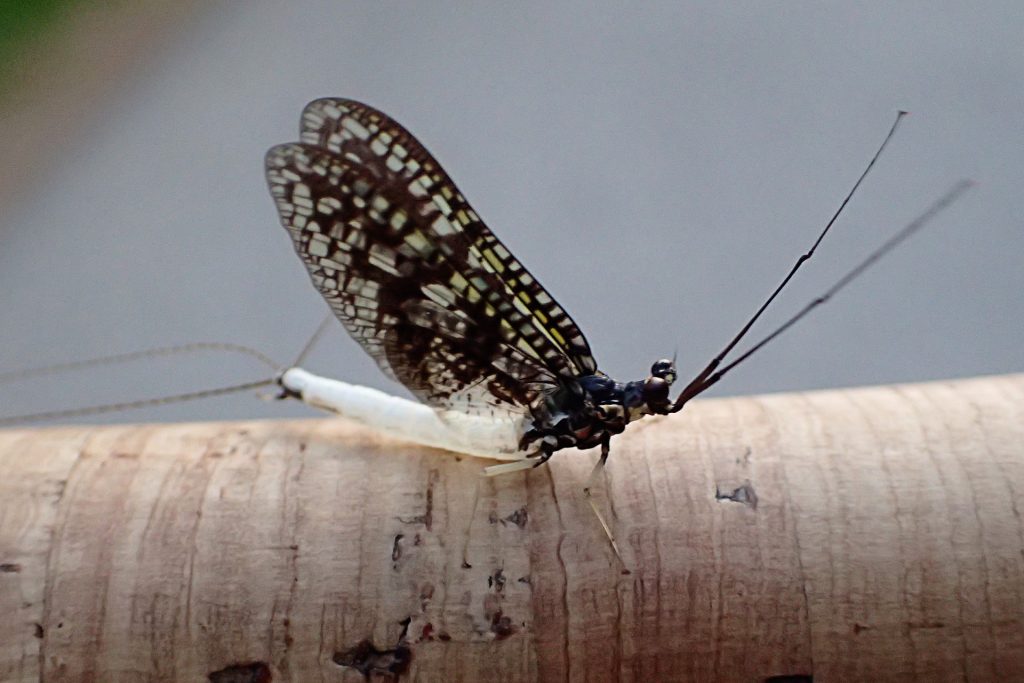 A Coffin Fly from the end of the Green Drake hatch

Gray Foxes provided some opportunities when the Drakes were less active. During one such window of heavy Gray Fox activity intermixed with some of the larger insects, I tied on a very old Gray Fox dry fly that a friend of my Dad tied for me back when I first started fly fishing. It had barely been fished and was still in great shape – and while the hook seemed sharp after all those years, I managed to pull it out of the jaws of another large trout that it fooled and momentarily hooked. 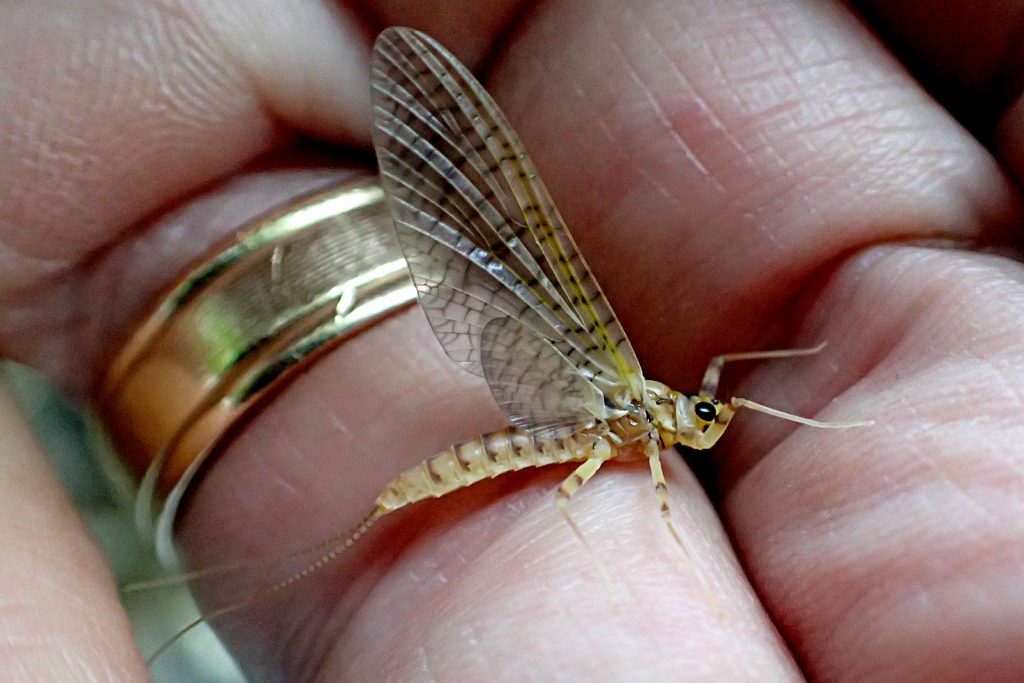 A Gray Fox Dun, from a short-lived but thick hatch that brought up a few fish

By mid-June, temperatures had risen and there was much less insect activity on the water. We were in between hatches on the Credit and although I was hoping for Isonychia, a small to moderate number of large stoneflies were the main morsels that were now providing opportunity for feeding trout. 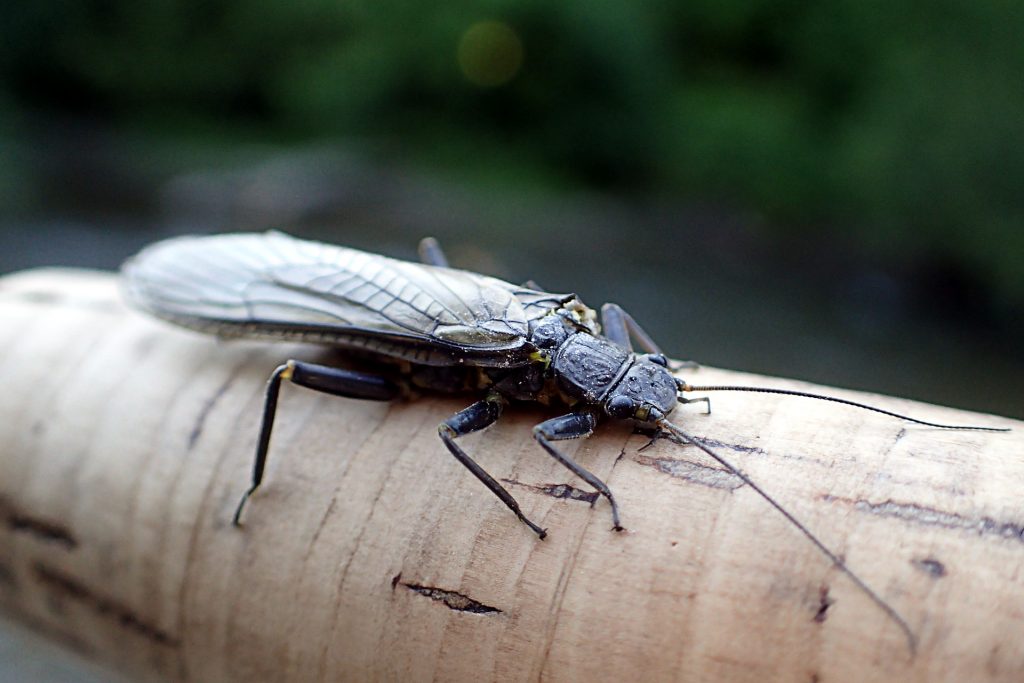 A large stonefly from the Credit River

On the evening I broke my 4 weight, after walking back to my car to exchange the broken rod with my 3 weight, I fished back down through some water that failed to produce even a sign of fish earlier. In typical fashion, as daylight faded, water that was seemingly devoid of trout hours before suddenly gave way to rising fish. The brown below took a size 8 stonefly dry from such a spot just before calling it a night – giving me at least one memory other than a broken rod to leave the river with. 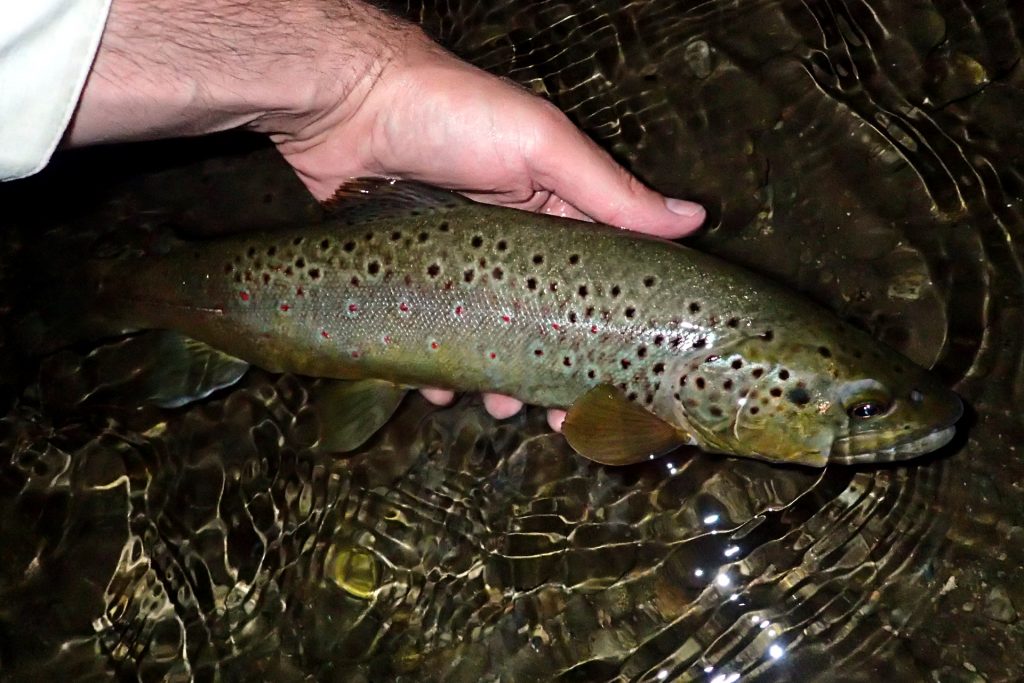 A few days later, I returned to the same location with my trusty 3 weight and had a similarly quiet evening of fishing with little bug activity. In an attempt to salvage the outing, I decided to chuck some large streamers (because, that’s what 3 weights are made for, right?) through a big pool that failed to produce any fish on the previous trip. After casting downstream and across didn’t work, I switched to casting upstream and stripping down to fish the streamer deeper. The result was another hefty Credit River brown with a heavily damaged jaw – but otherwise beautiful. 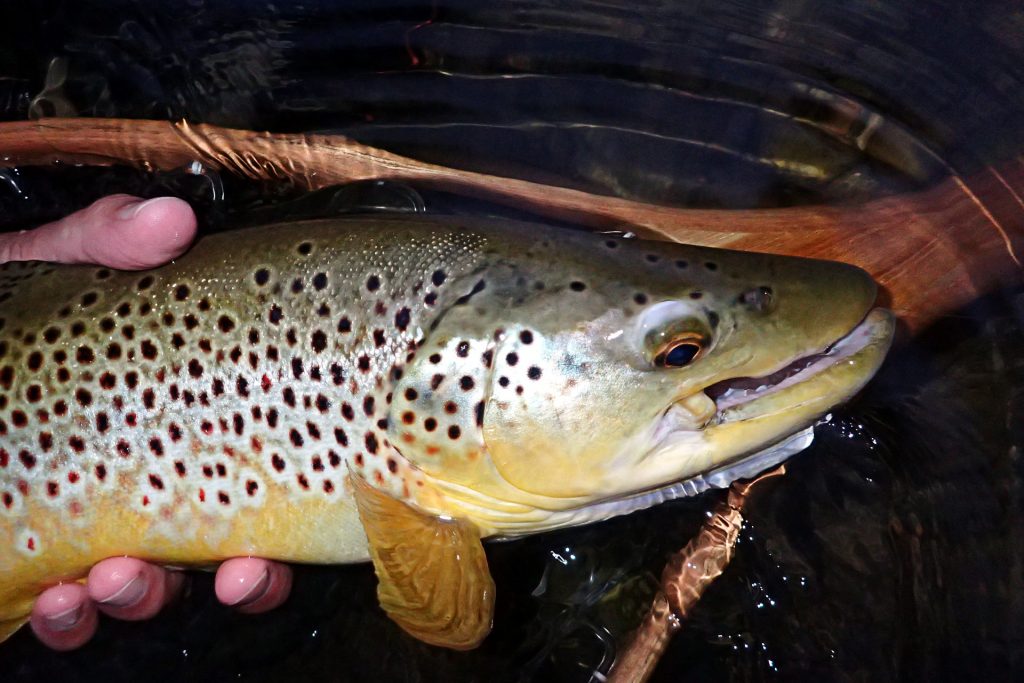 I haven’t been back to the Credit since the heat wave and severe lack of rain moved in, though I did night fish the Grand for the first time a couple weeks ago with a friend, where I caught an unexpected Walleye (apparently they are quite common on the Upper Grand) and a 17″ Brown. I’m planning to head to the Credit tomorrow for a night fish as well, which I imagine should be fairly productive given the warm days we’ve been having.