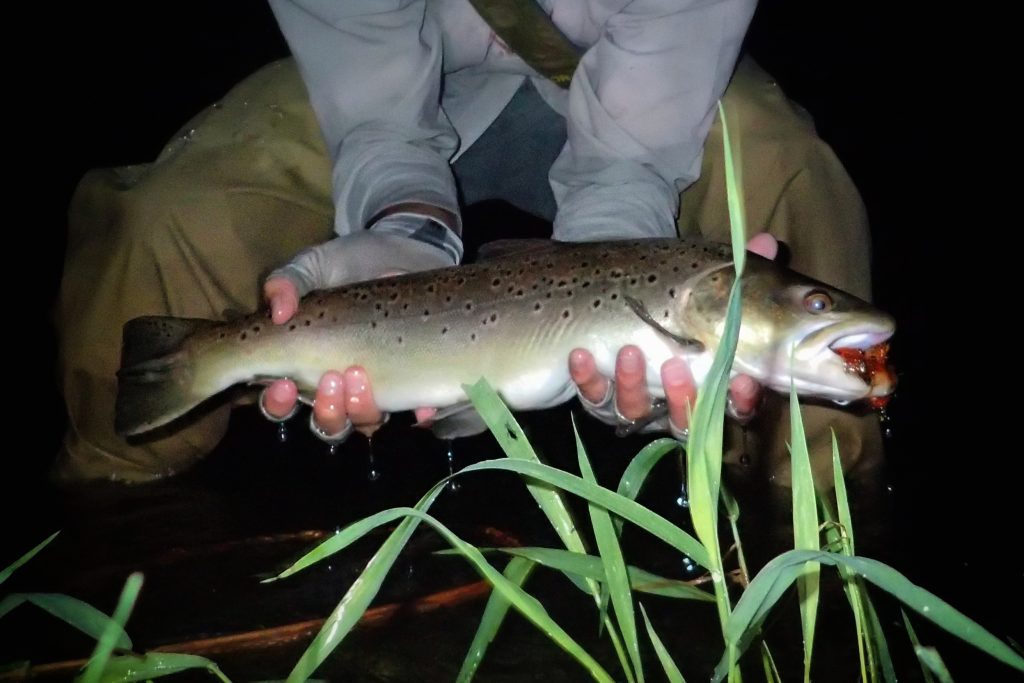 The above fish was caught just past dark on a last-minute trip to the river after work. I had tied a couple realistic stonefly patterns using some newly ordered Hemingway wings and I was hoping to give them a try. However, forgetting about the rain we had the day before, I was greeted by a chocolate colored river when I arrived. 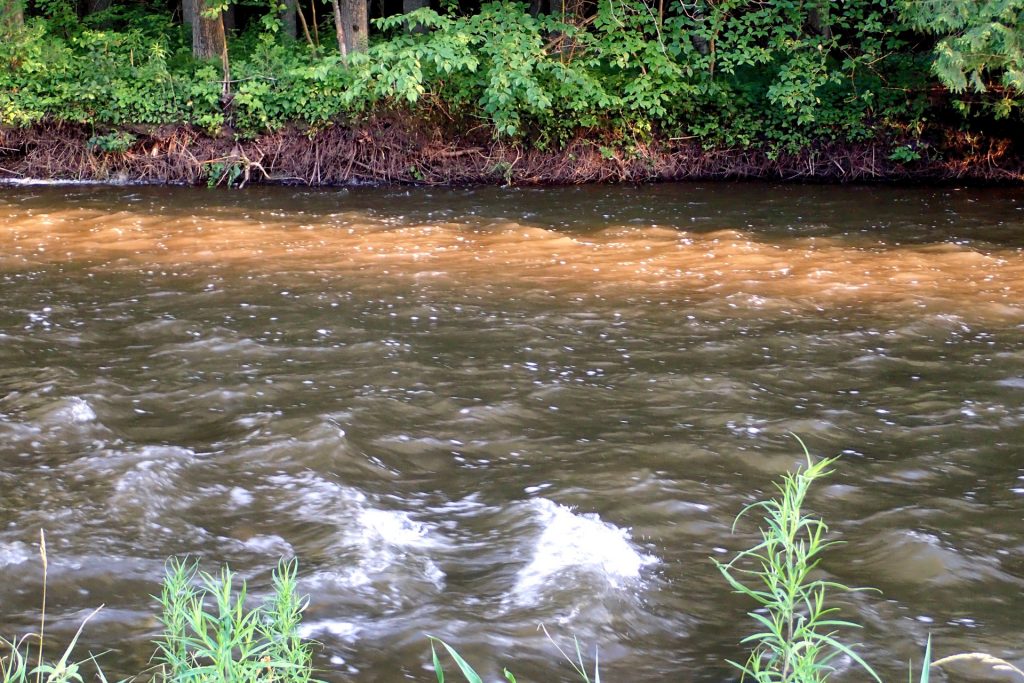 A day in the life of a river this season – high and dirty.

The stoneflies were definitely out, but the fish were too busy dealing with the low visibility to care much. I haven’t been finding a lot of time to tie flies this year, so I’ve been keeping a vice and box of tying supplies in my truck for emergencies. My supply of articulated streamers was in shambles, so I decided to tie one in the back of the truck before hitting the river. I went with a bright color given the water conditions. 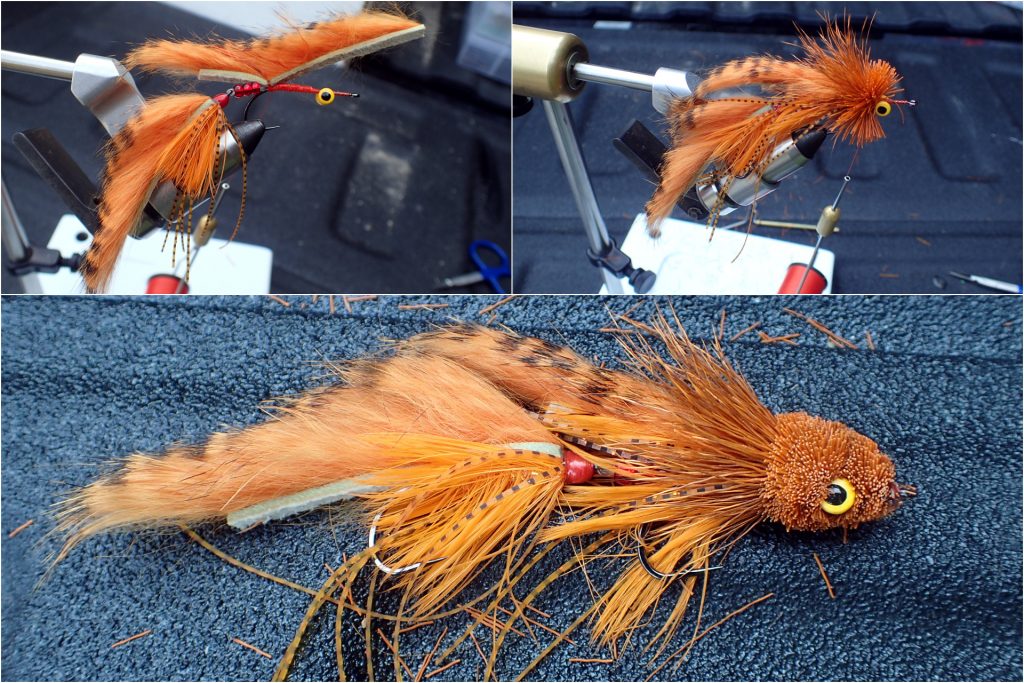 A last minute tie in the back of my truck before hitting the river.

The result was four big fish in a couple hours, although only two were landed. 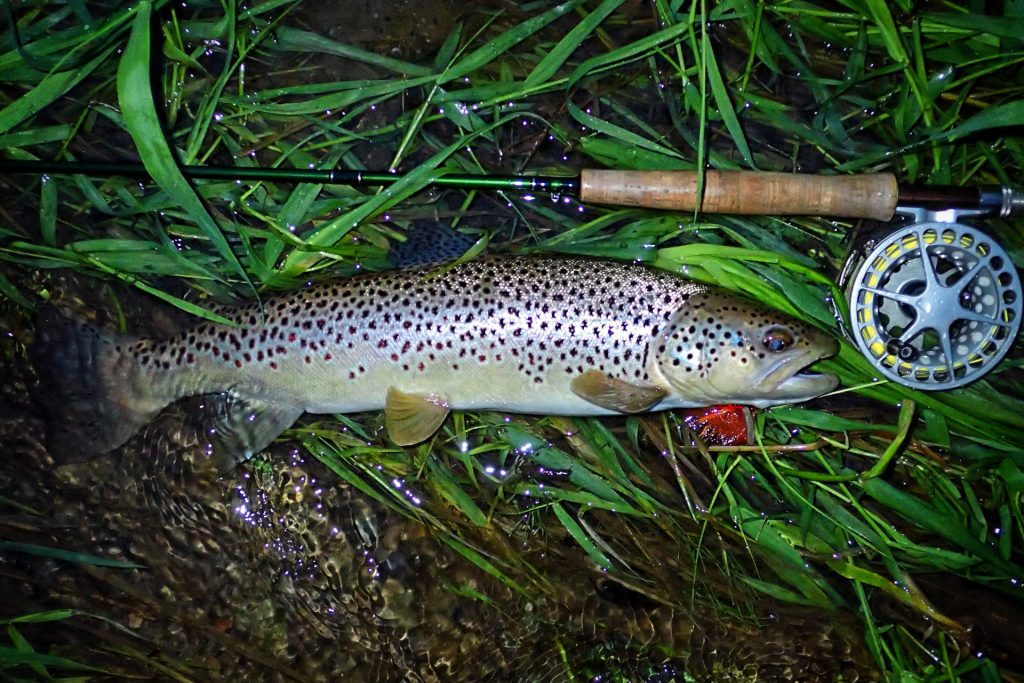 Another slightly smaller wild brown from the same night.

As is usual for me, big streamers and mouse patterns have been moving most of my larger fish. I’ve had a couple nice fish on stoneflies as well on the clearer days and I know for a fact that nymphs have also been catching a lot of big fish for people this year – in pretty much all water conditions.

Most of my trout (but not all) have also been caught past dark this month, largely because my weekends have been a write-off and fishing after work often doesn’t get me to the river until 7 or 8 o’clock. The fish below was another memorable one that smashed a streamer early evening in some more off-colored water. 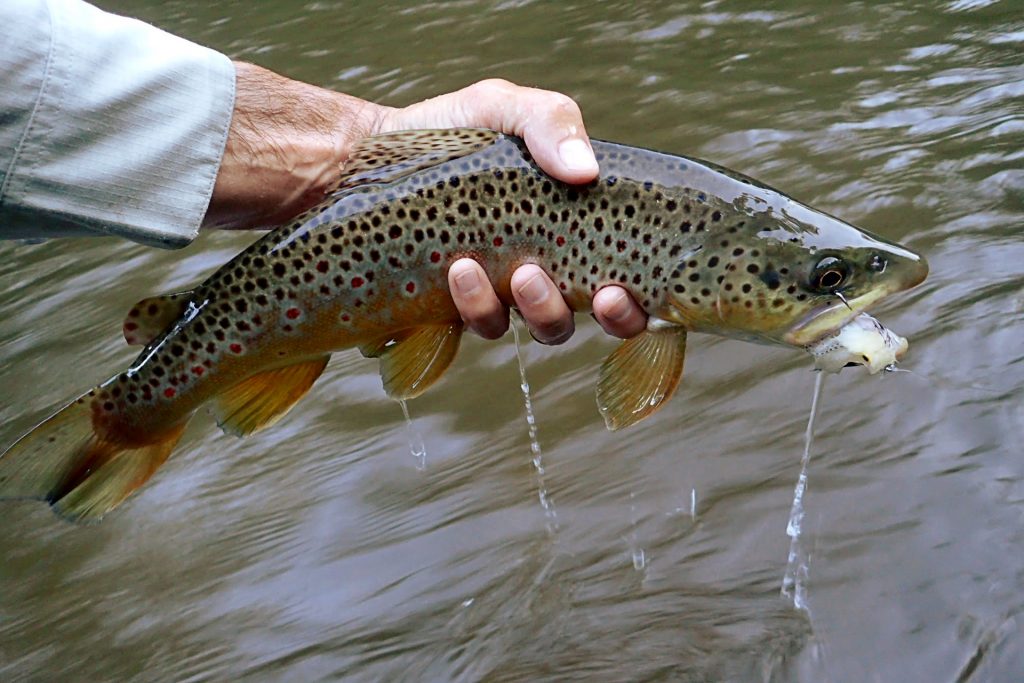 A good looking brown caught on an articulated streamer on a mid-July early evening.

This fish was followed up by yet another decent brown shortly past dark on the same night – and it was preceded by a slightly larger one a week earlier. 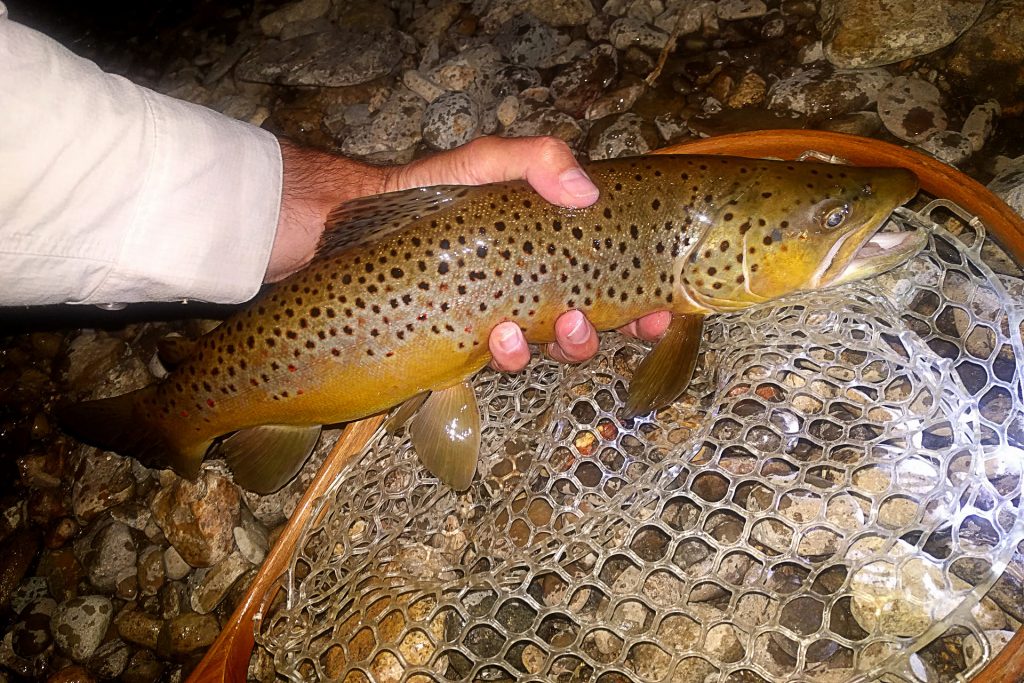 The first brown of the season caught on a mouse pattern.

Needless to say, it’s been a pretty good season this year if you’ve been willing to put away the dry flies and emergers and fish meatier flies. I don’t expect this to let up any time soon, but hopefully we’ll be treated to some good dry fly days as well.

We still have lots to look forward to in August… terrestrials, late Isonychia, the understated White Miller, perhaps some straggler stoneflies and of course, even better night fishing. If you’re a masochist, there’s also the Trico hatches.