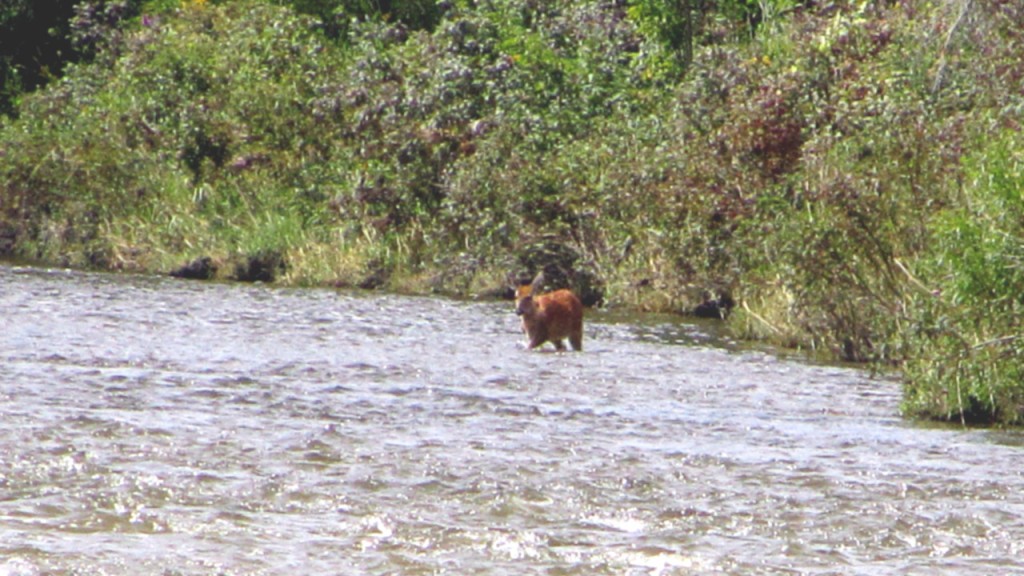 For the first half of the morning, I was too stubborn to tie on a nymph or streamer and instead fished wet and dry flies. Tricos were hatching in pretty good numbers but very few fish were rising, most likely due to the poor visibility. Obviously, not a good time to be fishing a dry fly. When I finally gave in and decided to tie a nymph on, things got interesting. Not because of the sudden excellent fishing – it was still difficult. Rather, due to the resident Osprey who is always looking for an easy meal. 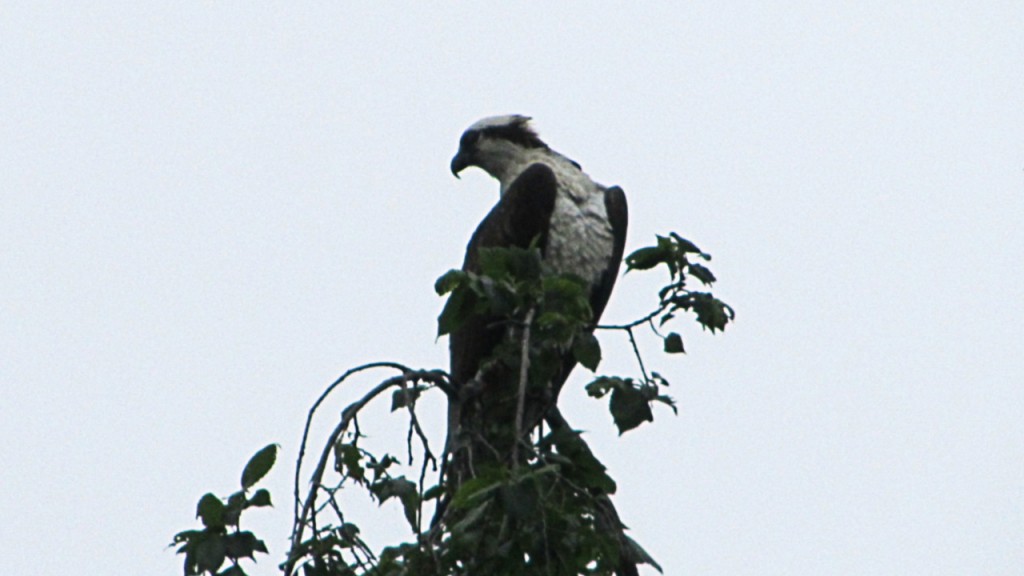 A couple casts with a bead-head nymph and I was into my first fish of the morning: a respectable ~14″ brown. As I fought to bring the fish to the net quickly, it did a couple somersaults and splashed on the surface. All of a sudden, a huge splash directly on top of the fish startled me. A second later, the Osprey emerged from the water with my fish in its claws, hook still set in the fish’s mouth! I had no idea what to do… for a couple moments, I was literally fighting an Osprey trying to fly away with my fish. My hook eventually popped out and the thieving bird flew off with my catch. This was right up there with the strangest thing that’s ever happened to me on the water.

This seemed to set the mood for the rest of the day. Out of only three fish that were hooked (all on either a nymph or streamer), none made it to my net. The first lost to the Osprey, the second lost due to a poor hook set and the last fish spit the hook at my feet while I was fumbling with my landing net.

Two days later, I returned with a friend for revenge, hoping that the visibility had improved. Unfortunately, it did not improve and we were stuck swinging streamers in the very murky water once more. 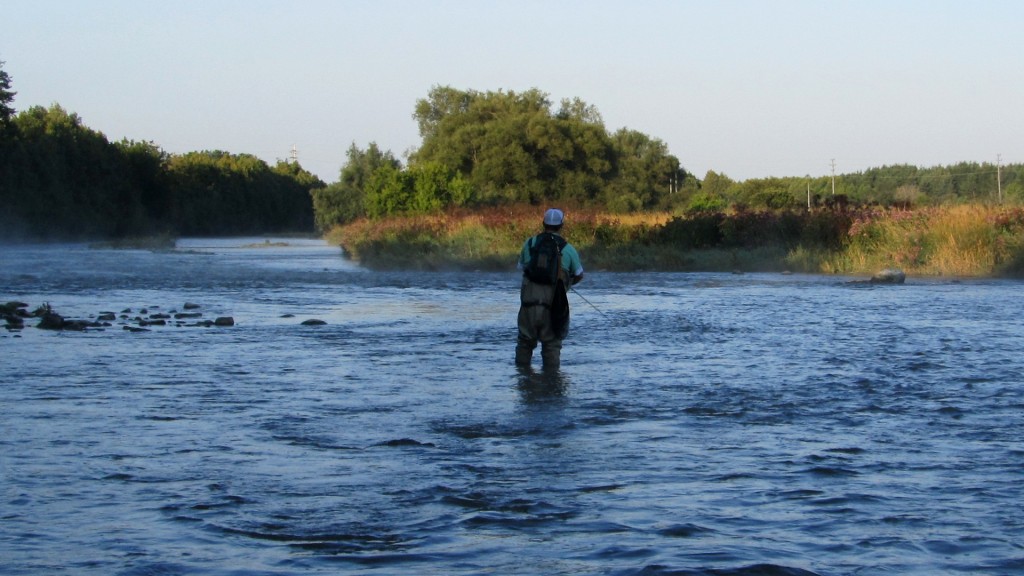 Stripping streamers in the murky water

Ryan (above) has been obsessed with catching a certain large brown that has managed to evade him a few times now. The fish didn’t show up on this morning, though I did see a very large brown roll no less than 2 feet in front of me. It was another slow day on the water, with even less fish on than two days prior. I did however manage to bring one fish to net without bird intervention, so that’s something to be thankful of. 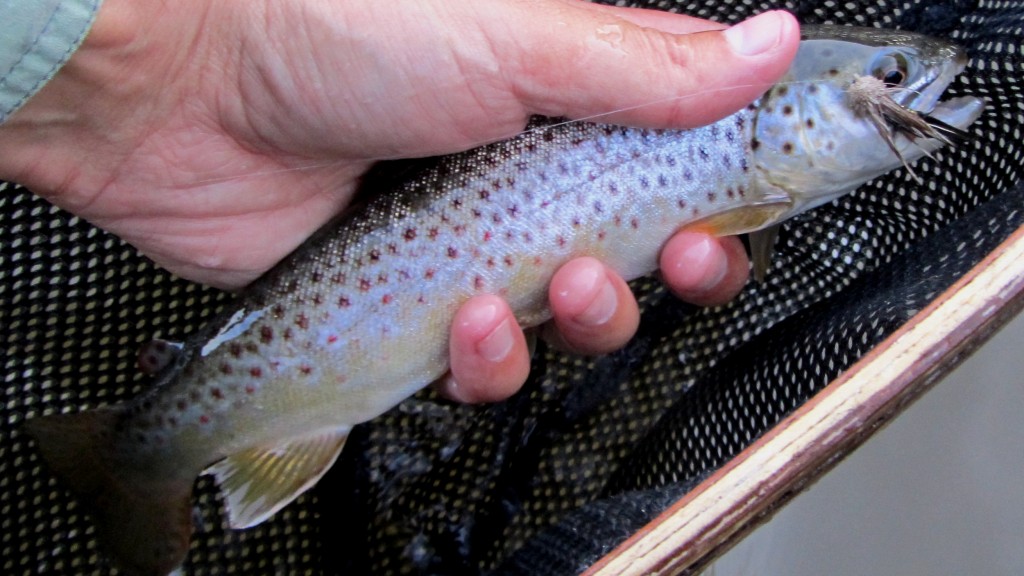 This fish took a Muddler Minnow on the swing

September is just around the corner and that should mean much improved fishing conditions on the Grand. In the meantime, I may try my luck at some night fishing there and stick to other rivers for morning and daytime fishing.

2 thoughts on “The Cruel Grand”