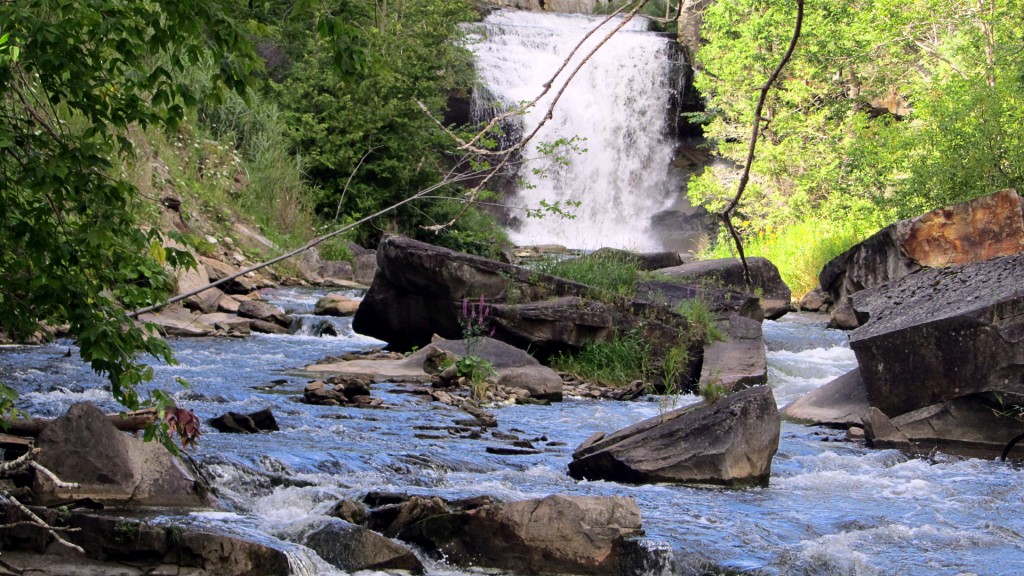 Downstream of a large waterfall, the river narrows, speeds up and is dominated by large boulders. Cliffs tower over both sides of the river and up above the cliffs there are trails with the odd tourist – though you wouldn’t know it. This area is no secret and the small amount of traffic can be directly related to the previously mentioned lack of access. 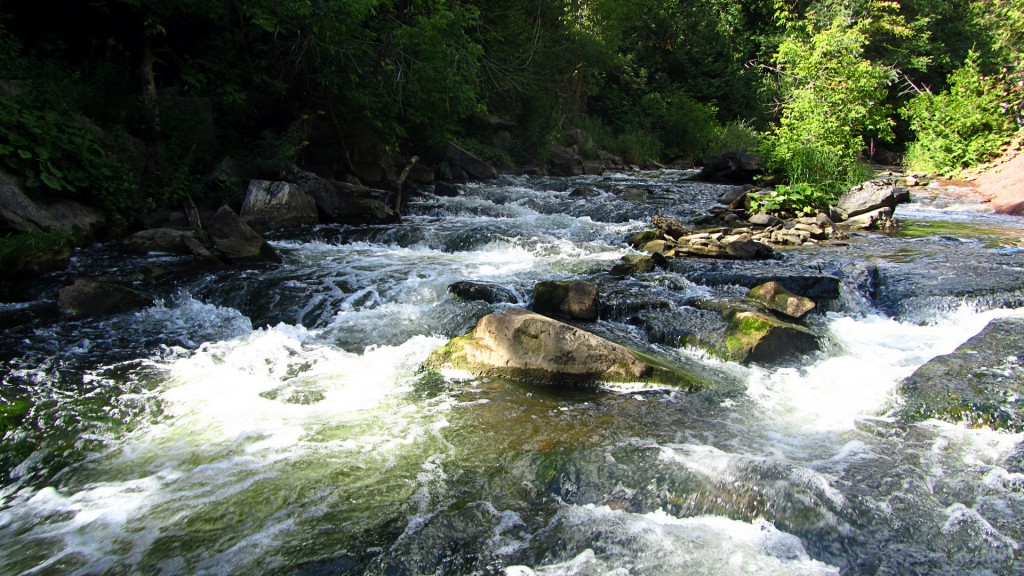 Wading can be tricky in some of the faster water

Fly fishing here is technical, with lots of leg work and stealth required. The fish in this area aren’t large on average, but what they lack in size they make up for in feistiness. There’s something about them: they’re completely different than the same fish you catch a couple miles up or downstream. Perhaps it’s the higher oxygen levels in the water, or simply the fact that these fish see less flies than in other parts of the river.

This type of water is the perfect place to swing a wet fly. Of course, nymphing and (at times) dry flies also work, but my interest in tying and fishing soft hackles and classic wet flies has peaked recently. So, that’s what I did – I tied a few simple partridge soft hackles, in yellow and red and swung them behind boulders and through some of the more productive looking riffles and runs. River features are generally miniature-sized in water like this, with short drifts required. A few longer stretches of productive water like the one below allow for longer drifts and the opportunity to take several fish. 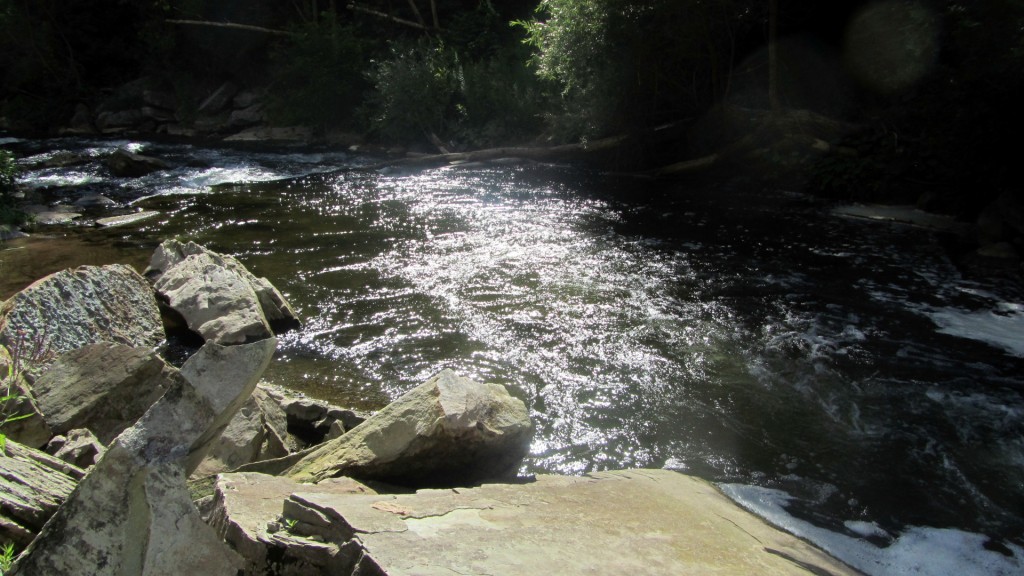 In the span of a few hours, I walked several kilometres and landed about 8-10 brookies and browns. As expected, none of these were very big, but each fish caught felt like an accomplishment. 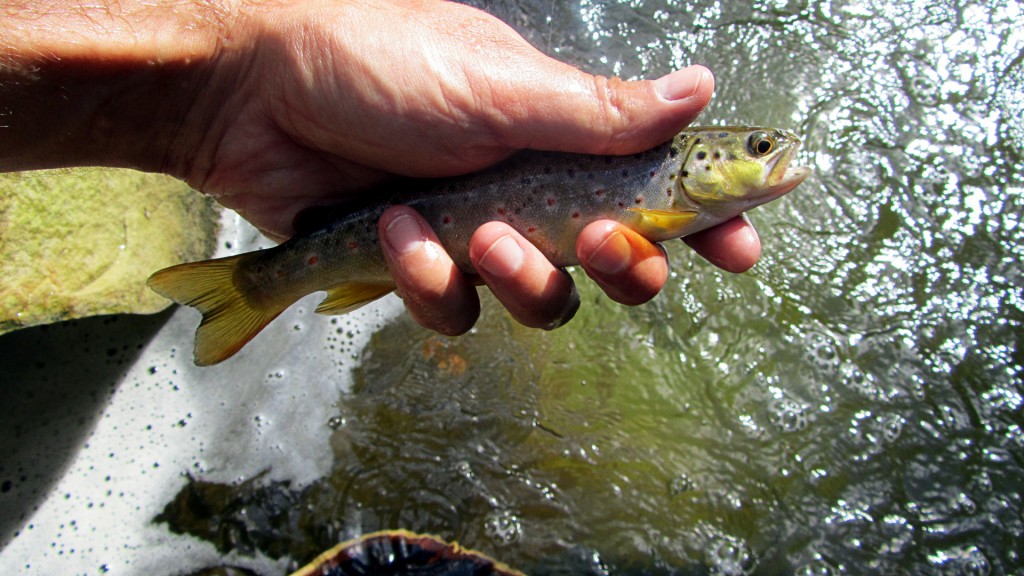 A small feisty brown trout, about average for this water

Overall a great day and I think the only improvement that could have been made is with my gear. When you’re in the middle of nowhere fishing for several hours, it’s pretty important to bring some water and food. Somehow, I’ve managed to survive this long on half to full day trips with simply a pair of waders and standard fishing vest – packing food and water wherever I could stuff it. This isn’t very practical or comfortable though and I think the next time I venture out I’ll be equipped with a new Fishpond pack/vest. Perhaps overkill for every day outings, but I think it will be invaluable for those (frequent) days with long hikes and a full day of fishing.

One last creepy closing note: I ran into another giant spider on this trip, which I have yet to identify. I think it may be another Fishing Spider, similar to the one I spotted a couple years ago on the same river. You can get a sense of its size from the leaves next to it. Yummy! 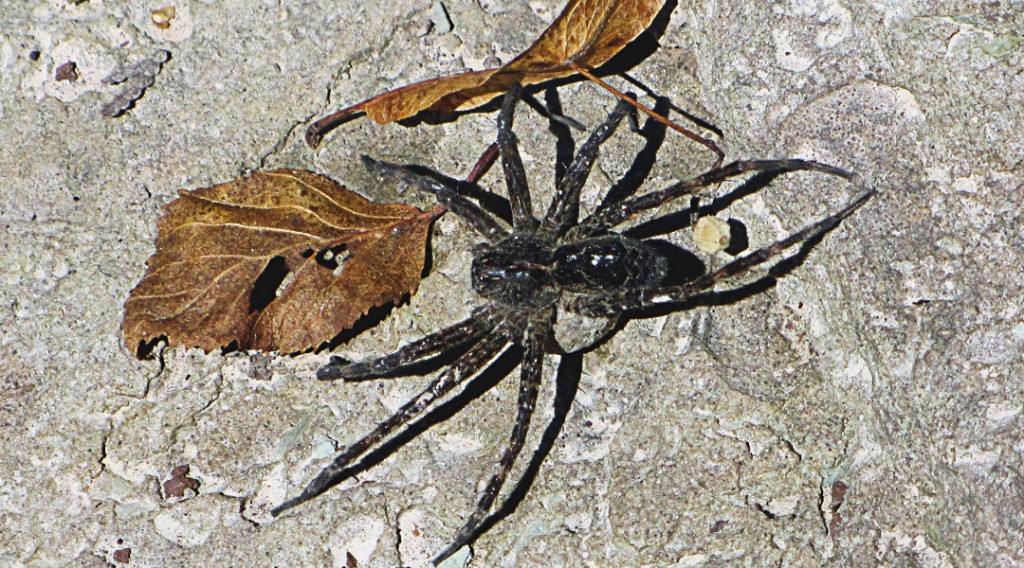 Large spider, which I believe to be a fishing spider