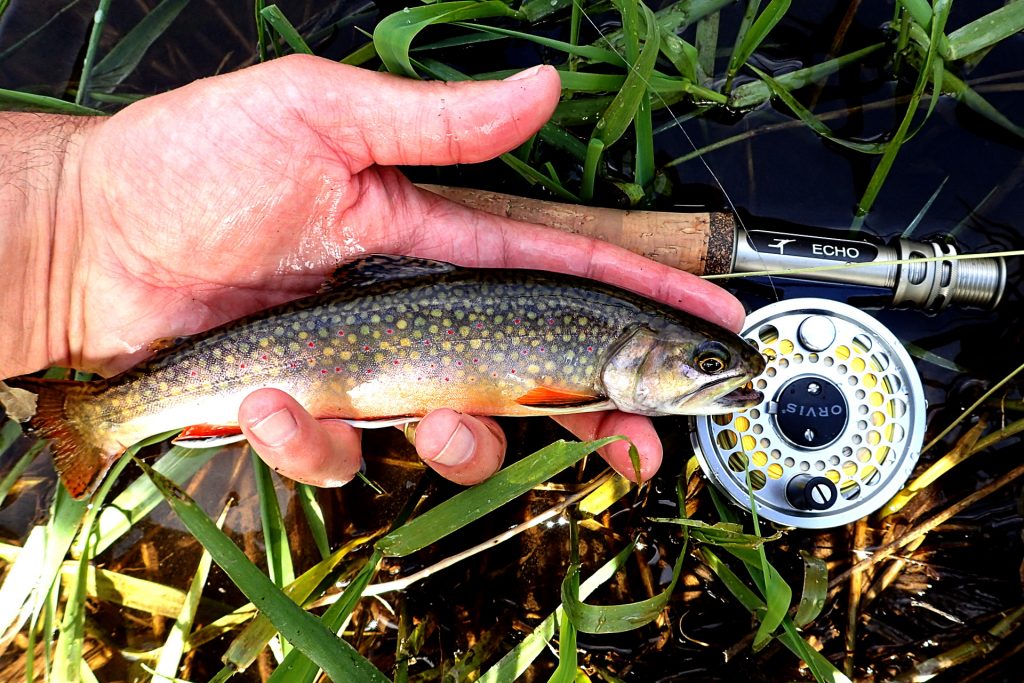 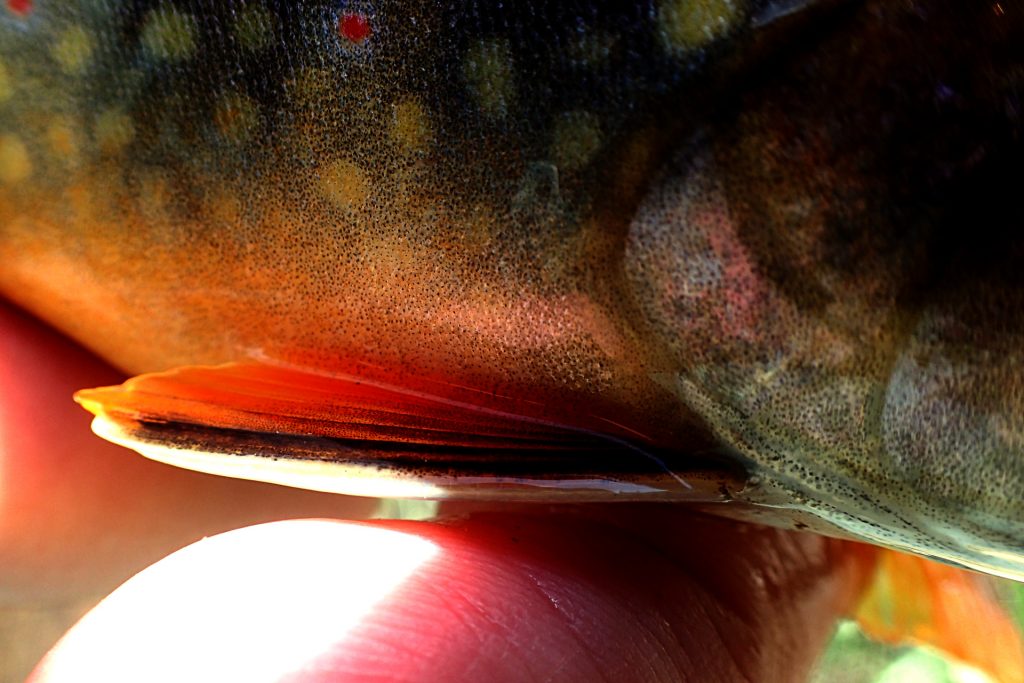 When I did return to fish the brookie-only section of the Credit where the Atlantics were dumped, what I found were far less brookies and instead, a bunch of atlantics and a few rainbows. The rainbows were quite unexpected as I had rarely seen them in this section of river before. I’m not sure how to explain that. My normal fish catches in this section of river from years past were something like: brookies 96%, rainbows 2%, browns 2%. This year’s visit yielded me more atlantics and rainbows than brookies. I hope I was just unlucky… 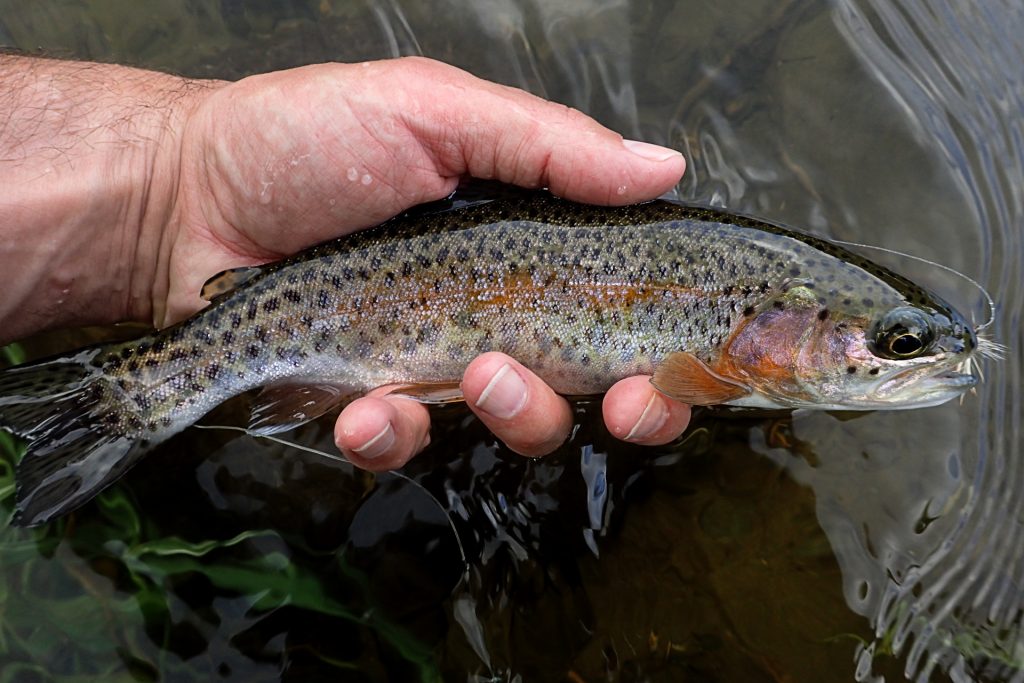 There’s been no lack of rain this spring and it’s kept our rivers in a constant struggle to stabilize themselves. Whenever it seemed they were just about ready to settle down, we’d get dumped on again and start all over. This is to be expected in spring, but it did have an impact on the early insect hatches. Hendricksons in particular were not nearly as successful (from a fishing standpoint) as last year due to all the rain and corresponding temperature fluctuations. 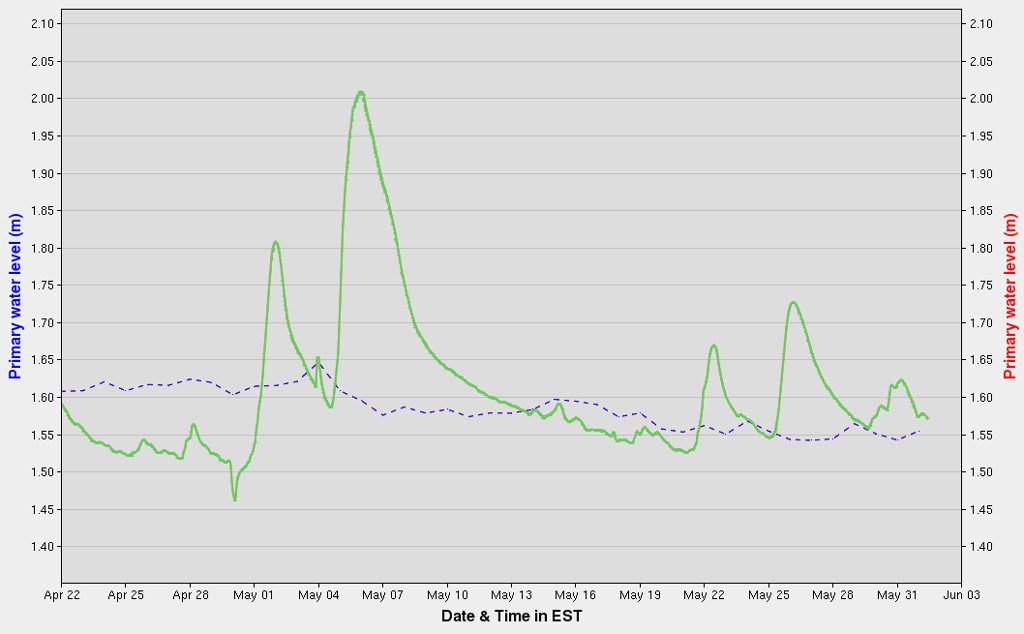 Water level graph for the upper Credit River this spring.

As you can see by the graph above, water levels on the upper Credit have been all over the place (the blue dotted line is the average). There have been some opportunities for dry fly fishing amidst this, but there’s also been lots of opportunities for throwing big streamers. This is something that can be both a blessing and a curse. 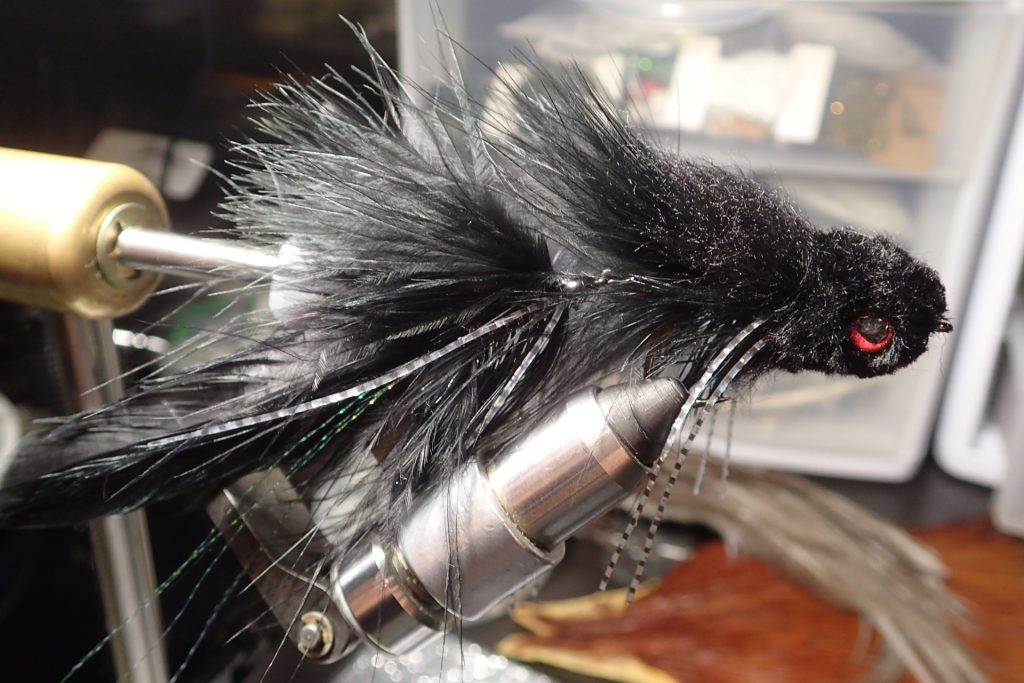 High, off-colored water is a perfect excuse to fish big streamers and if you cover enough quality water, you’re more than likely to move some huge trout. This was the case for me, as I elicited strikes from at least a dozen large trout over several days of streamer fishing – some subtle and some extremely violent and rod bending. Unfortunately though, in all cases, I failed to hook up with the fish. One particular strike that occurred just as the fly hit the water at the back of a very big pool still haunts me daily. That fish moved more water than any I can ever recall.

My failure to hook up with fish was a stark difference from last season when I missed very few strikes on big streamers. I’ve been toying with which hook to cut off on my articulated streamers this year, leaning more towards keeping the front hook (whereas last year I was fishing the back hook). I’m not sure if this played a part, or if it was bad luck or my own error, but I accepted it as part of the challenge and risk of this type of fishing.

When the rivers were tame and fishing normally, I was back to my old ways, stalking wild trout with more delicacy and matching the hatch. Despite being ashamed that the biggest fish I caught this season so far was a hatchery-raised atlantic, I’ve certainly also caught a few memorable brown trout.

One in particular was during a recent Grey Fox hatch while fishing with a friend. There was a single trout rising in a pool we were fishing, in a slow pocket at the back of the pool. In between us and the pocket was a lot of very fast moving water, which made presenting a dry fly nearly impossible (for more than a split second). I decided to move a good distance up above the pool, putting several other pockets and an overhanging tree in between me and the fish. There was a current seam from this position, that, with some patience and many mends, could deliver my fly along the insect escalator, under the tree to the feeding fish. I managed to deliver a perfect drift over the fish and it inhaled the fly with a convincing take.

Not very big, but a beautiful Credit River brown trout and a memorable one nonetheless. 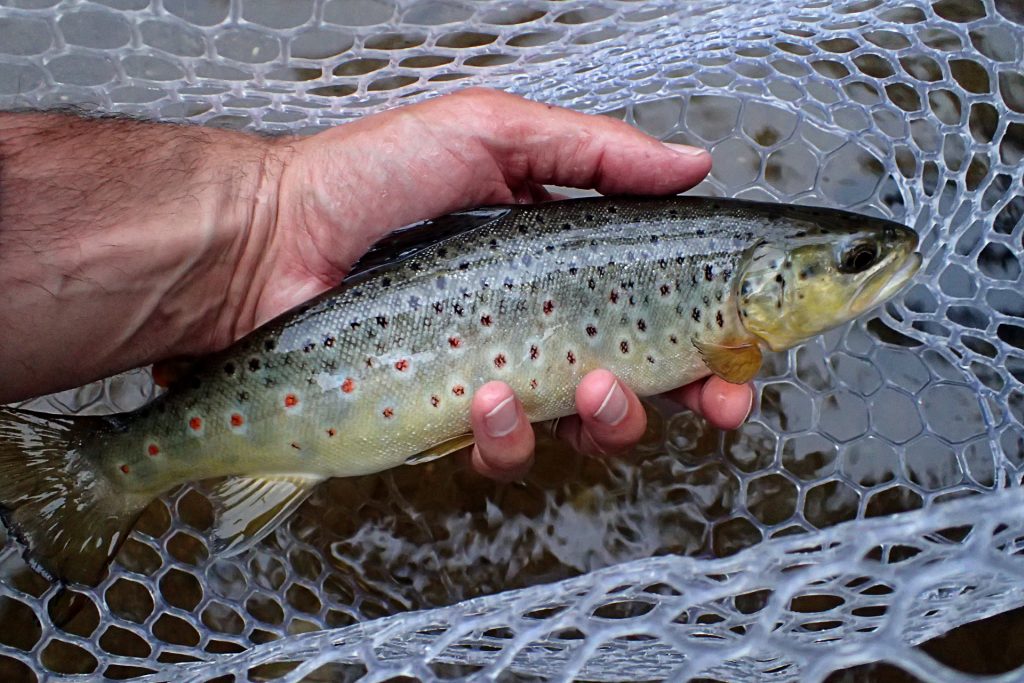 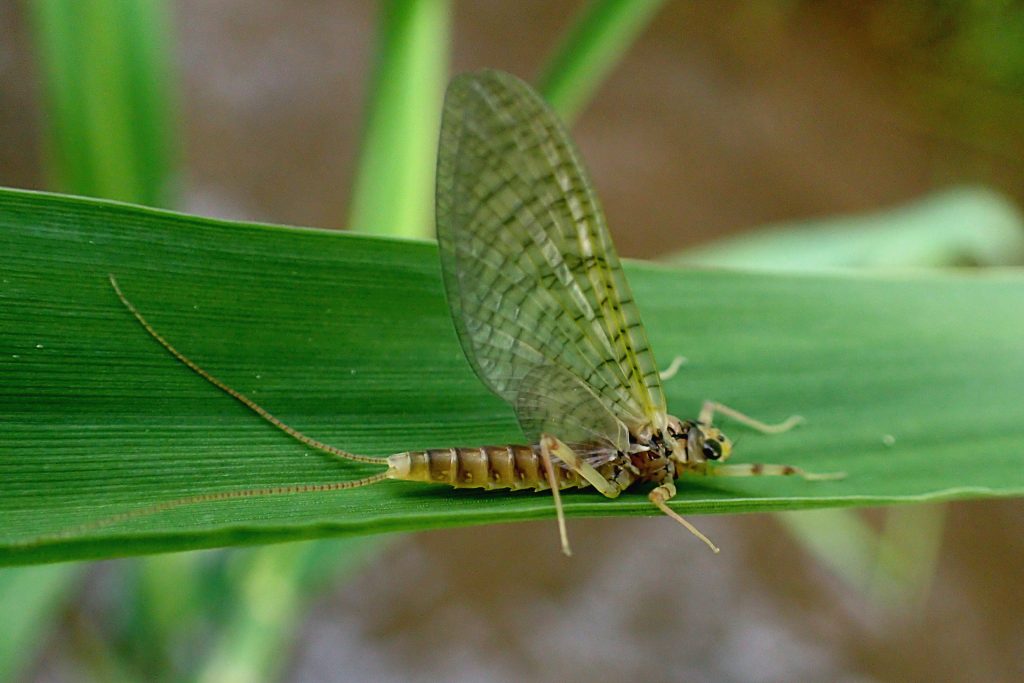 Grey Foxes have been fairly prevalent this year on the Credit.

When the fish and bugs were inactive, going sub-surface with nymphs also yielded a few decent browns. 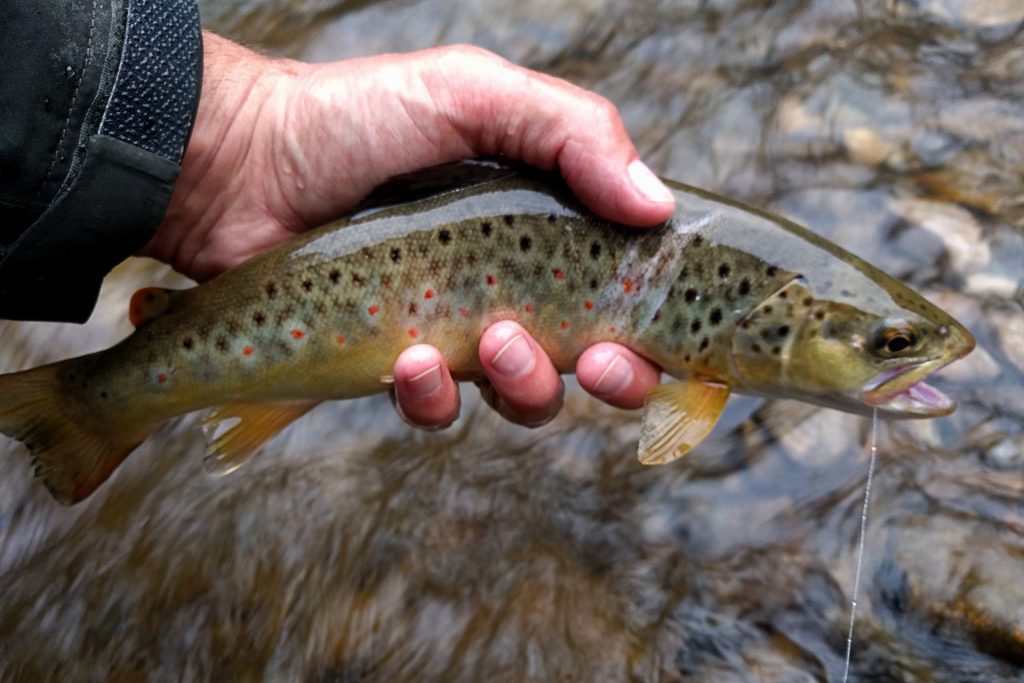 An otherwise handsome Credit River brown with some battle wounds. 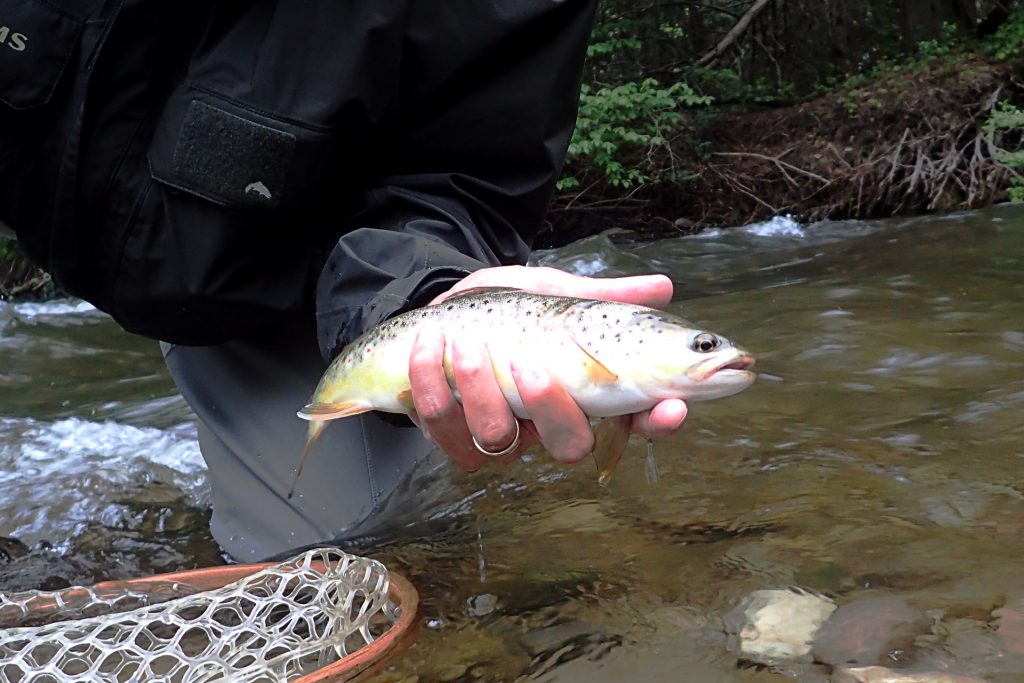 Another medium sized plump brown taken on a nymph.

It’s good to see the river in relatively good health as of late and somewhat refreshing to be catching smaller fish and seeing lots of insect activity. The Grey Foxes are still going strong. They seem to be quite prolific this year, more so than I remember in past years (but perhaps I just missed them). Even more exciting though is the insect that overlaps the foxes and has been underway for a few days now on the Credit… the Green Drake. I’ll post more on these when the hatch is complete –  and hopefully they’ll stick around for a bit longer. With all the rain and storms we’re expected to get in the coming days, I’d hate that to result in a short-lived (and barely fished) Green Drake hatch.