The rod had broke in the mid section, near the ferrule. I sent both the 2nd and 3rd rod sections back to Sage, clearly labelled with tape where the damage had occurred. Aside from the obvious snapped 3rd section, there was some visible damage to the end of the 2nd section. Sage explained that they didn’t have any stock to replace the broken sections, so they would be custom building me replacements. When I finally got the rod back a couple weeks ago, I had a shiny new third 3rd section, but they sent the 2nd section back exactly the way it was. I was initially confused and not to happy about this, especially since I labelled the damage on it, but I concluded that they must have closely inspected and tested the section and verified that it was fine, despite the small chip.

This past Sunday, I took the rod out for the first time since getting it back. I fished it for a good 6 hours, landing several large fish, with one 20″ rainbow putting up a long hard fight. It was looking and performing great and I was happy to have it back. As I was heading back, I casted a streamer to the bank and began stripping it in when I felt a tug. I set the hook and all the sudden… SNAP! My newly repaired rod snapped in half, exactly where the damage on the 2nd section was not repaired.

Of the 8 or so fly rods that I’ve owned over the past 20 years, not only is this the first rod that’s broken, but it broke twice in one season. I can’t really blame Sage though, at least not for the first break. In their defence, when I called their warranty department back today, the rep was extremely accommodating. He said they would waive the $50 handling fee this time around and bypass their usual repair queue to get the fix done quickly. To save me on shipping costs, he instructed me to cut a 6 inch piece off the ends of the damaged sections (this way, I can ship it in a much smaller container). I have to say, it felt a little odd taking a hacksaw to a 4 month old Sage VXP. 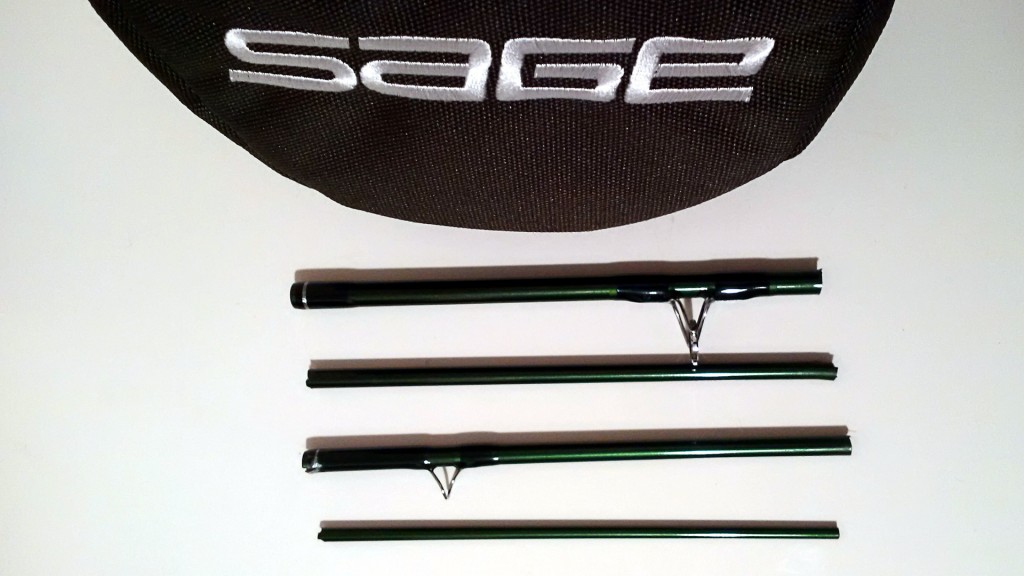 My twice broken Sage VXP, after taking a hacksaw to it to shorten it up for shipping

Hopefully I get the rod back in time for some fall fishing – and hopefully this next repair will be the last one!