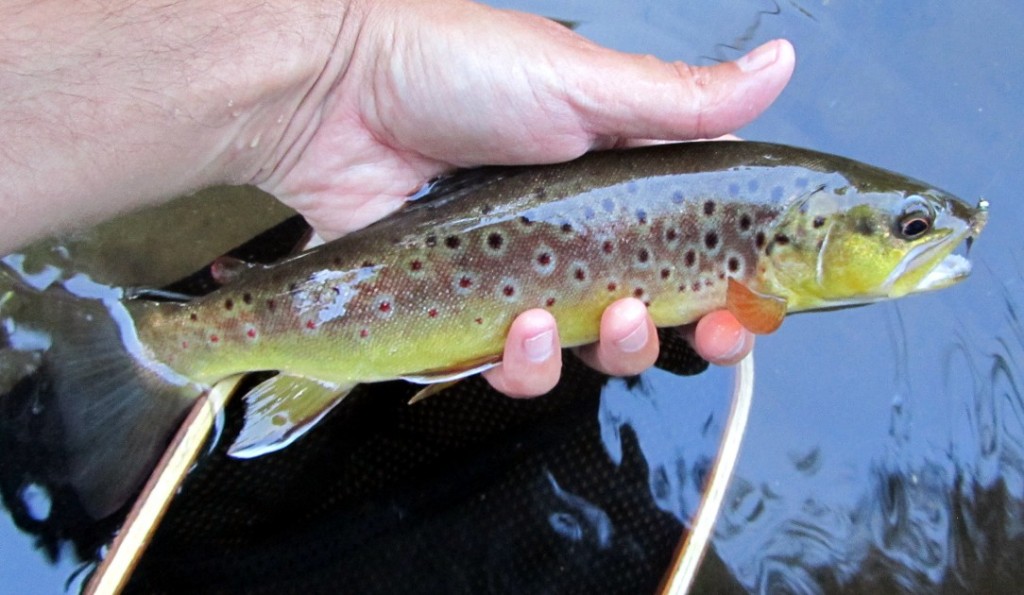 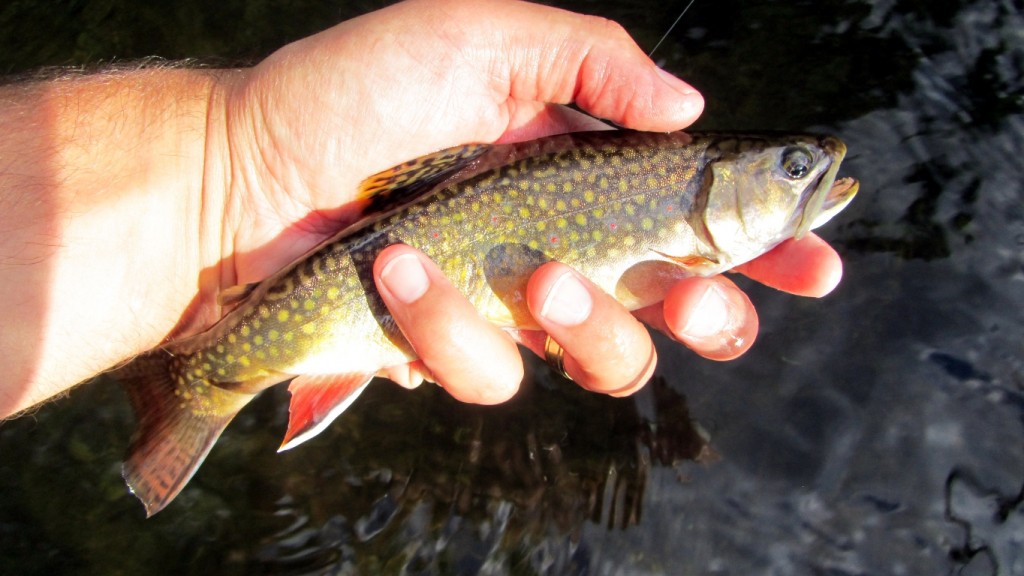 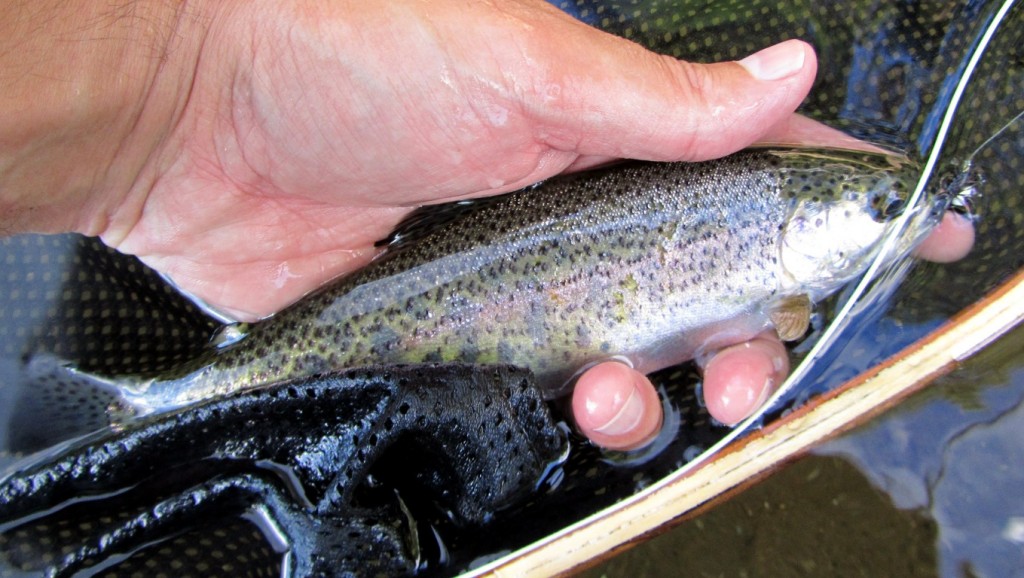 This is somewhat of a craze in the area.  So much so that Gates Au Sable Lodge, a local lodge and fly shop in the area, hosted a midnight derby this year.  It just so happened that this was prime night fishing time on the Au Sable. I’d done a bit of night fishing in the past on this river, with one unforgettable night where I was stalked by an angry Bobcat on shore for about 30 minutes.  This year though, I wanted to target BIG browns… something I hadn’t previously focused on while night fishing.  A bit of poking around revealed a couple flies that have landed numerous trophy browns after dark on this river:  Gartside Gurglers and Mice.  Unfortunately, I didn’t bring exactly the materials needed to tie these, but I did manage to tie a couple make-shift versions: 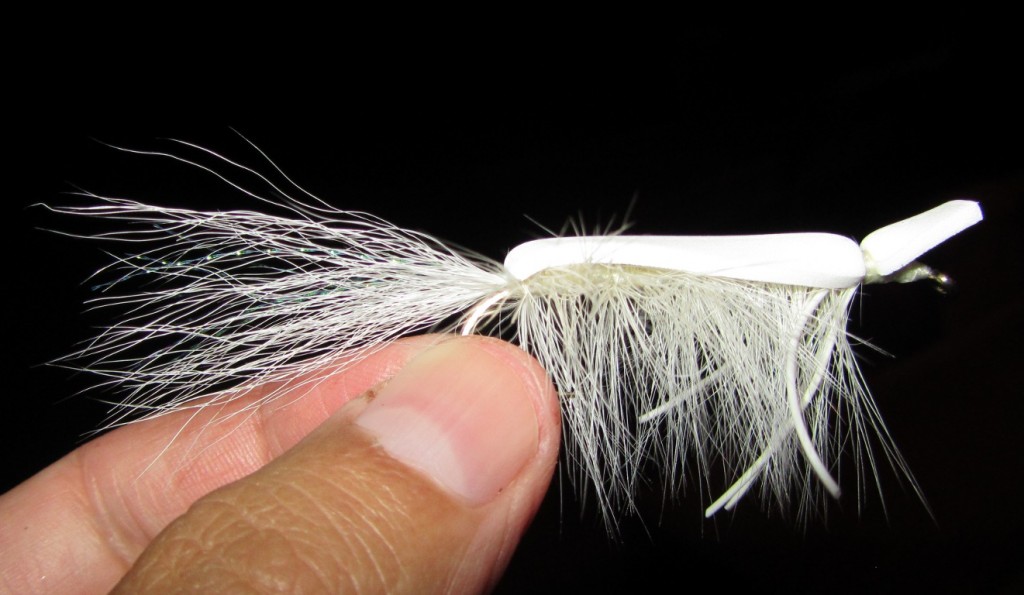 A quick and dirty Gurgler tie for some night fishing. 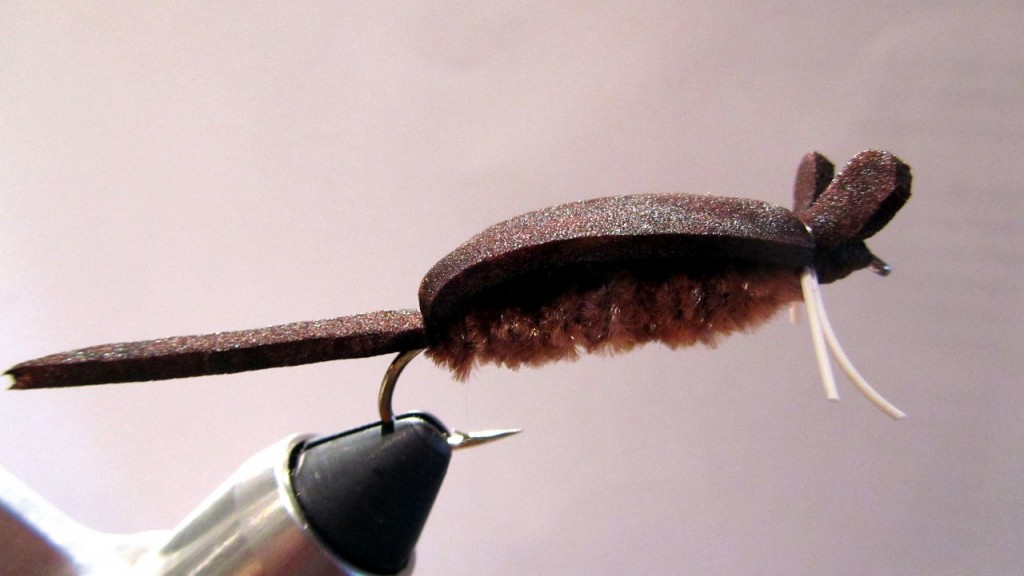 A simple variation on a foam mouse that I was quite happy with.

I spent two nights tossing big flies like this blindly in the dark.  Both of the above patterns worked quite well, but sadly I didn’t land the monster I was after.  I had several vicious hits on the gurgler, but missed all of them.  As for the mouse pattern above, I tied this only for the second night, which I fished for a total of about 10 minutes before hooking up with a big brown which somehow managed to snap it off with 4x tippet!  That was a sad time indeed as I felt I might have caught my new record brown trout.  I must say though, from the few minutes I fished this, I absolutely loved it.  It pushes water amazingly… which is good for getting the attention of those big predatory browns at night.  It’s very simple to tie as well, so I might just post some tying instructions for it later.

I also spent a few hours at Wakeley Lake, a non-motorized, catch-and-release only lake that is only accessible via a 1/4 mile hike.  Because of the restrictions and the fact that it’s not easily accessible to more casual anglers, it’s a super lake to fly fish from either a float tube, pontoon boat or canoe.  I brought my float tube and in the few hours I spent there, I hooked up with a bunch of decent pike and bass. 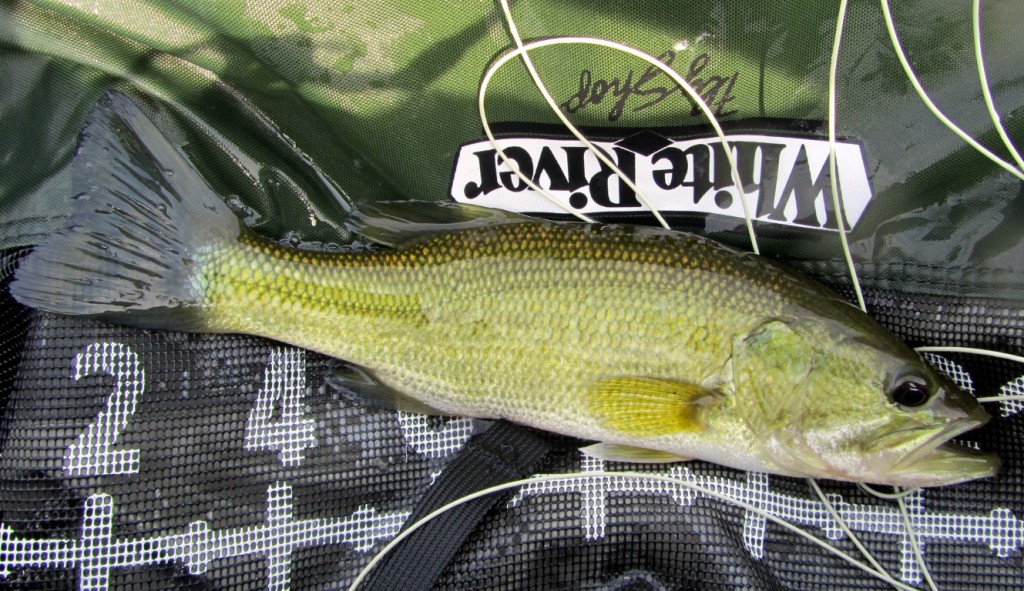 Oh and lastly (and perhaps least importantly), they have lots of big ugly spiders in Grayling.  Maybe only slightly more than I’m used to in the GTA, but for some reason they tend to sneak up on me more up there.  This one crawled out of my waders onto my arm when I put them on one morning, after leaving them outside to dry overnight. 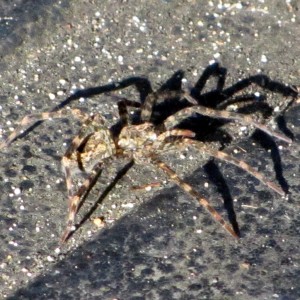