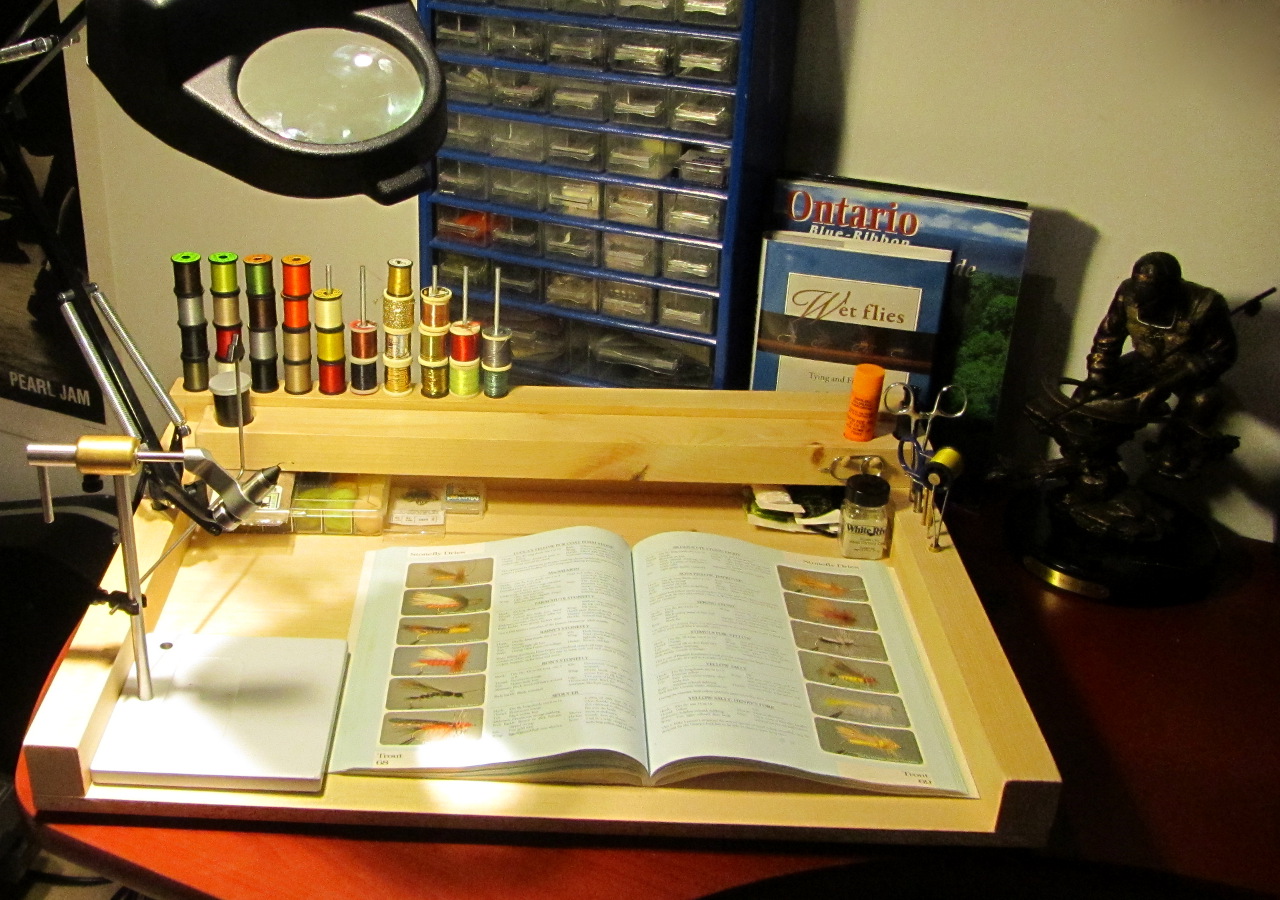 I managed to sneak away to the Credit last night for a couple hours, hoping to find it a bit further along than the Grand was on the weekend.  My hopes were met, with what was one of the bigger Hendrickson hatches I’ve seen in quite some time. The bugs were so thick in fact, that when I went to disassemble my rod before heading back home, I noticed a pretty consistent coating of bug goo on my rod from swinging it through the air.

My camera has been acting up every since I dropped it last year, especially when trying to use macro mode or taking pictures in low light. Excuses aside, here are a couple pics: 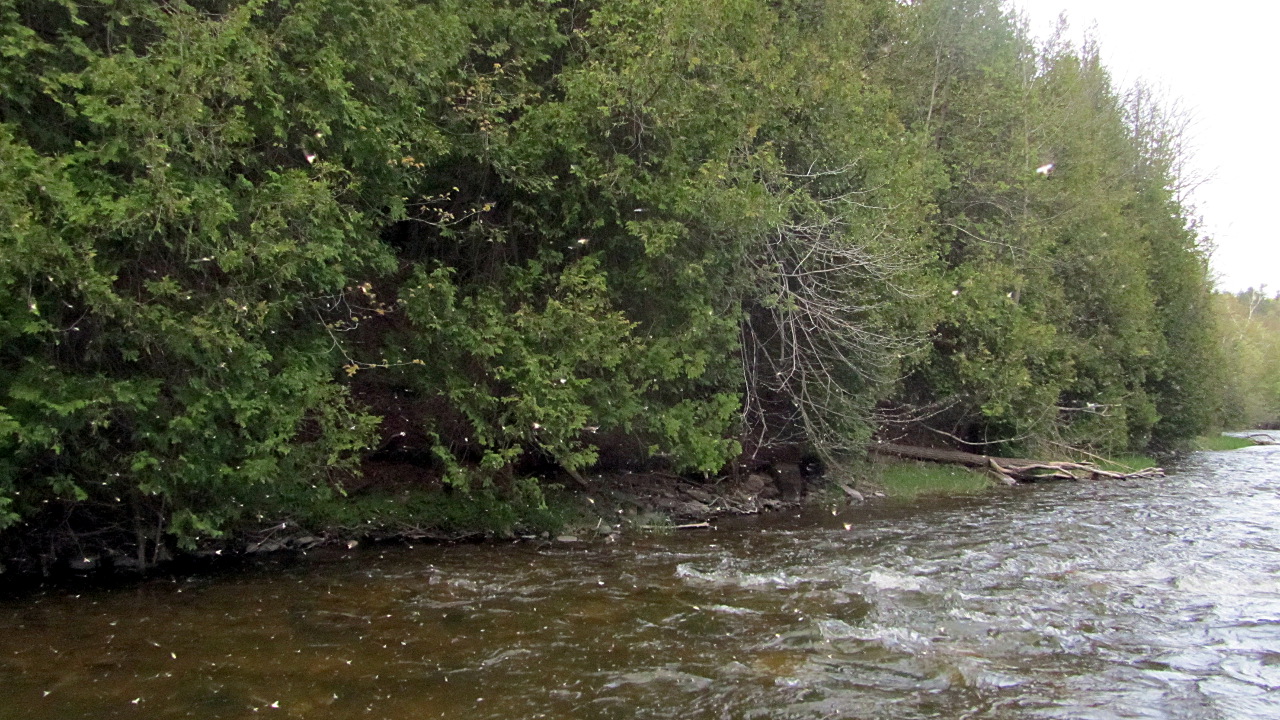 Tried to capture the thick hendrickson hatch coming off 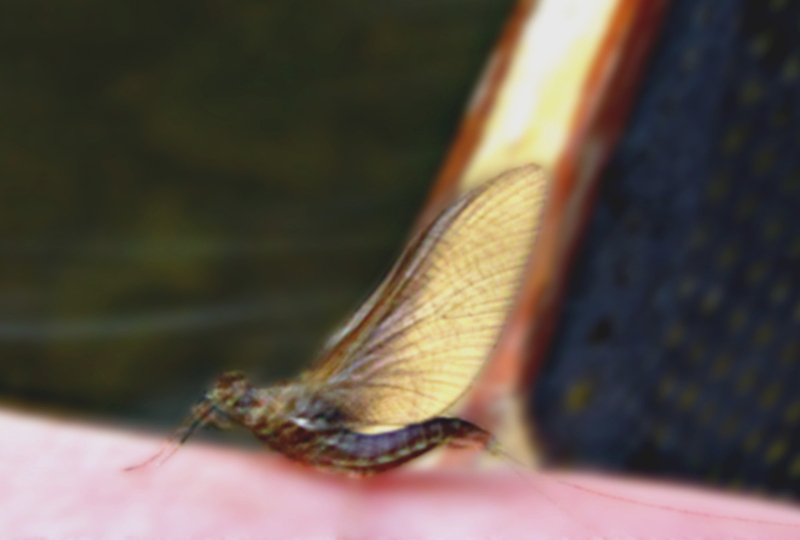 Most of the Hendricksons had the typical yellow egg sac, though it fell off the one above before I snapped the picture. Apparently I haven’t fished this hatch in a while, because my supply of Hendrickson flies was abysmal – I only had a few spinner imitations which were too small. So instead, I tied on my goto Red Humpy and managed to hook up with a few small browns. Nothing spectacular, but it was a start.