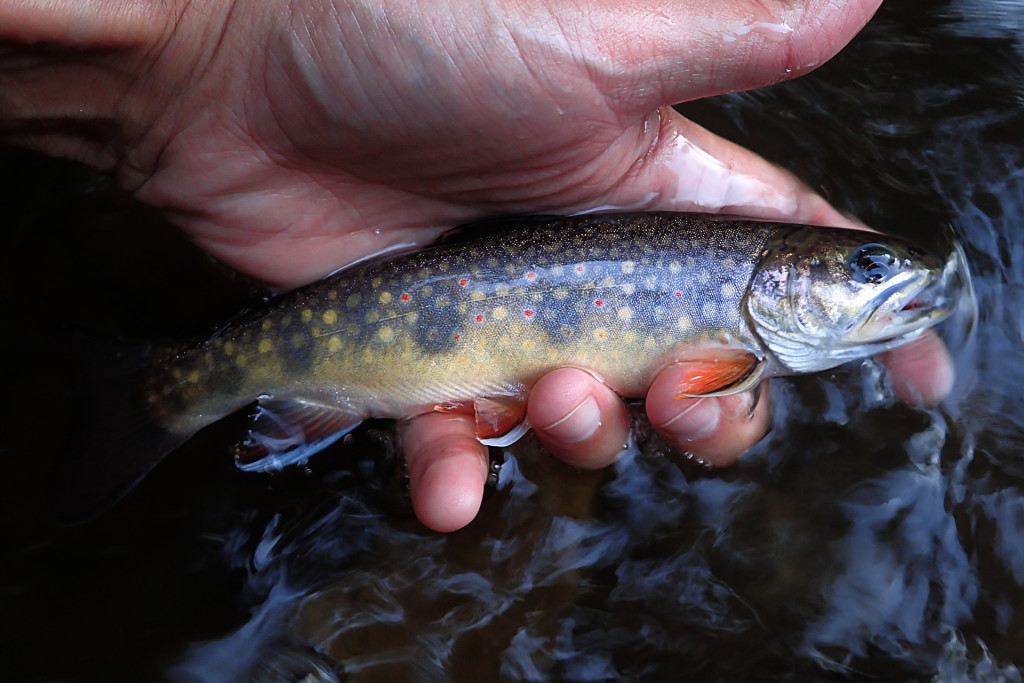 I suppose there’s also that rodent I ran into while fishing for Brookies a couple weeks ago. As I was hunched over tying on a new fly, I noticed out of the corner of my eye a large dark shadow drifting towards me. My obvious initial reaction was “wtf is that!”. As I raised my head to look, I startled the shadow which turned out to be a Beaver, now a foot away from me. With a sense of urgency, it stood up in the shallow water and leapt back upstream, violently splashing its tail and scaring the living crap out of me! 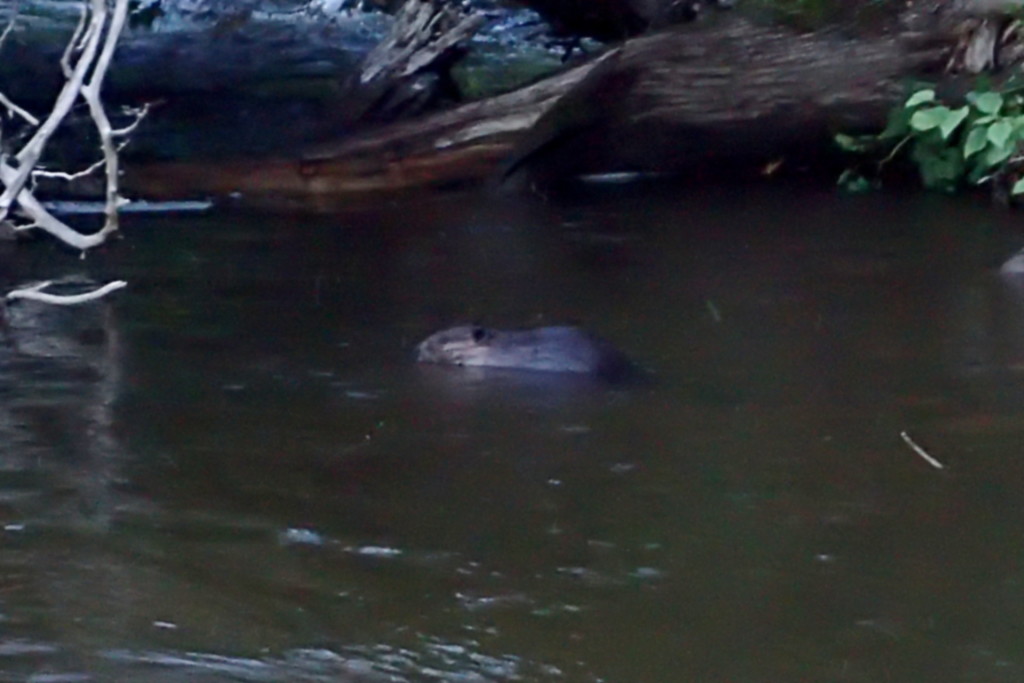 A Beaver, going about its business after we were both startled when it nearly bumped into me.

I’ve been experimenting with different fly patterns again this year, mainly wet flies and soft hackles. A couple years ago I began using them quite a bit, but I was fishing them mainly downstream and across (swinging). This year, I’ve been focusing more on upstream presentations and while I’ve been finding it slightly more difficult, I’ve also found it more reliable in a lot of situations.

A few days ago, I was fishing wets on some pocket water that I frequent. There’s a small plunge pool there that’s moderately difficult to present a fly to, which has eluded me in years past. As inviting and fishy as it looks, I’ve somehow never managed to get a fish (over 6″) out of it. This time around though, I managed to coax a slightly better Brown out of the small pool using a traditional wet fly. I presented the fly with some slack line to the back of the pool and as it sank, a fish with much more attitude than size smashed it. It amazes me how smart these wild trout can be, even at this size. It wasted no time and immediately dashed to the right side of the pool, near the surface where there was a sunken tree branch. It wrapped my leader around the branch and somehow managed to stay hooked long enough for me to stumble over and scoop it out from under the branch, breaking my fly off in the process. 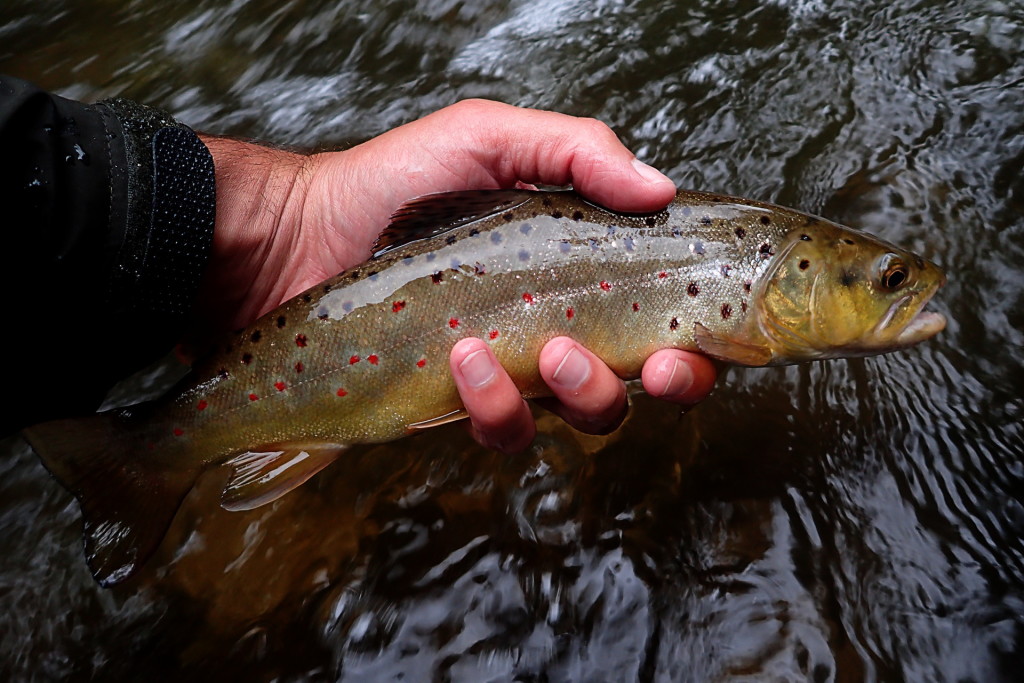 The above picture was taken with my brand new Olympus TG-4 camera. This is my first Steve-proof camera… that is, it’s waterproof, crush proof and impact proof. Ask my wife or any of my co-workers how many times I’ve dropped a phone or camera into the water or sand and you’ll realize how long overdue this purchase was. I’ve only had it out a couple times so far and due to the rain, the water has been too murky to really test out the underwater capabilities. It does however have an absolutely amazing macro mode, called microscope mode. I used it to snap a couple quick bug shots while on the water and I was very impressed with how quickly and easily it focuses. I’ve since picked up a neat LED Light Guide accessory that improves macro shots even more, especially in lower light. 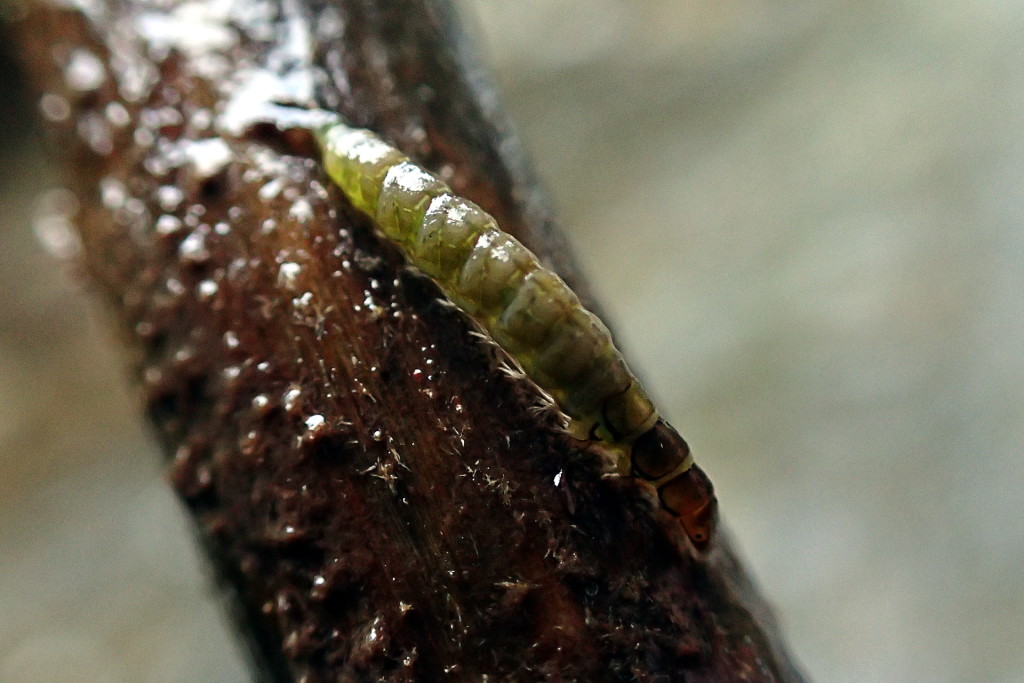 A quick test shot of a Caddis Larva, using the microscope mode of my TG-4. 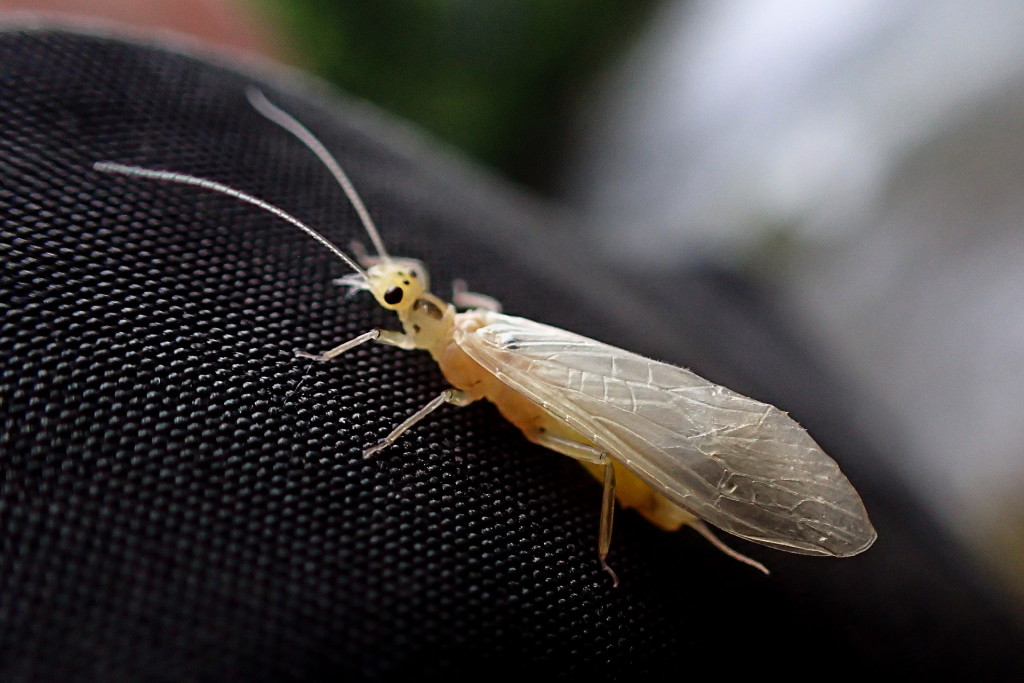 Another macro test shot, this time of a Little Yellow Stonefly that landed on my jacket.

In addition to the underwater and macro modes, it has a bunch of other neat modes and features, including RAW support and the ability to remote control it with a smartphone. I’m looking forward to messing around with it more on my future excursions.