Actually, it’s Mother’s Day… but damn those Hendrickson hatches have been thick lately!

Trout season kicked off a couple weeks ago and I’ve been uncharacteristically slow to take advantage of it. I injured my knee over the winter (torn ACL) and thanks to our great free healthcare system, I’ve made little to no progress in getting it treated or even looked at yet. I’m sure those who know me are sick of hearing me complain about it. Anyway, it’s had me sidelined and will no doubt continue to affect the type of fishing I’m able to do this season. That said, I’m pretty stubborn and have already found myself scaling beaver dams and hiking terrain much more rugged than I should have been.

My few outings so far have once again been dedicated to brook trout on small streams, something I just never get tired of. For me, the allure of these fish lies in their diversity and in the environments they inhabit. Small, cold, clean headwaters streams that are often overgrown and difficult to present a fly to provide a constant challenge. Every fish is a treat as no two are alike and while the smaller fish are usually eager to take a fly, the largest southern Ontario brookies are truly elusive.

I fished the last couple evenings and at times the Hendrickson hatches were very thick. In fact, they seem to be the thickest I can recall in the last several years. Unfortunately, I haven’t been on the water for a really good spinner fall yet, but the fish are keying in on them nonetheless. 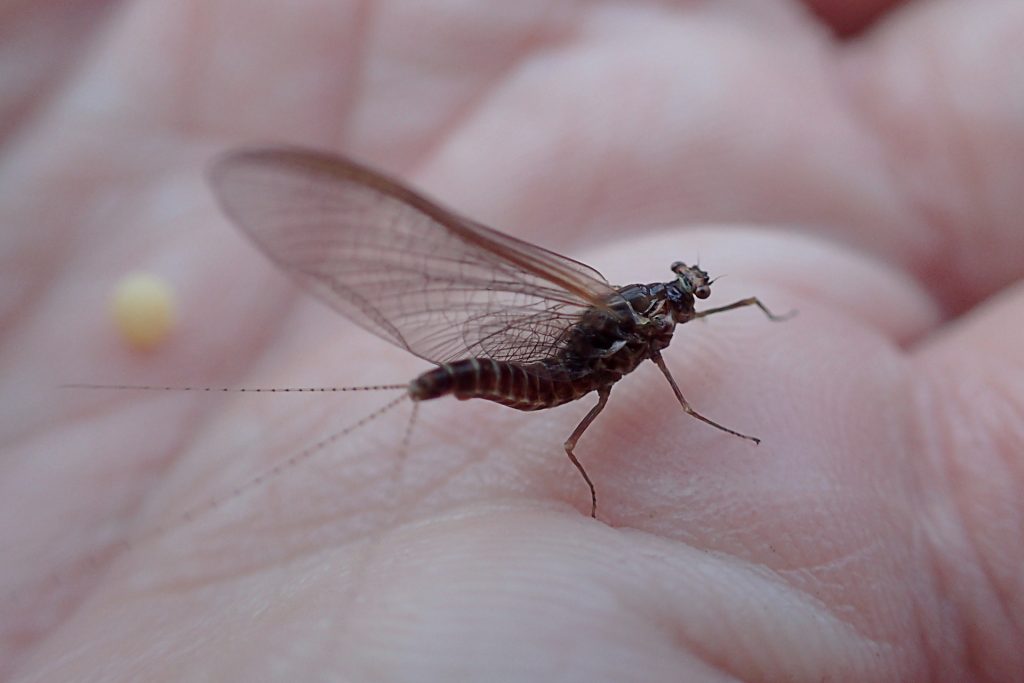 Hendrickson from a fairly thick hatch on a small stream.

Each evening has produced a dozen or so trout, with many missed rises and brook trout juveniles attacking my fly with reckless abandon. At times the abundance of smaller fish can be detrimental to catching a larger fish that is holding in the same water, since the smaller fish will dart to your fly without a second thought. The result is the larger fish being put down after hooking the smaller one. This has certainly been the case a few times already this season for me. 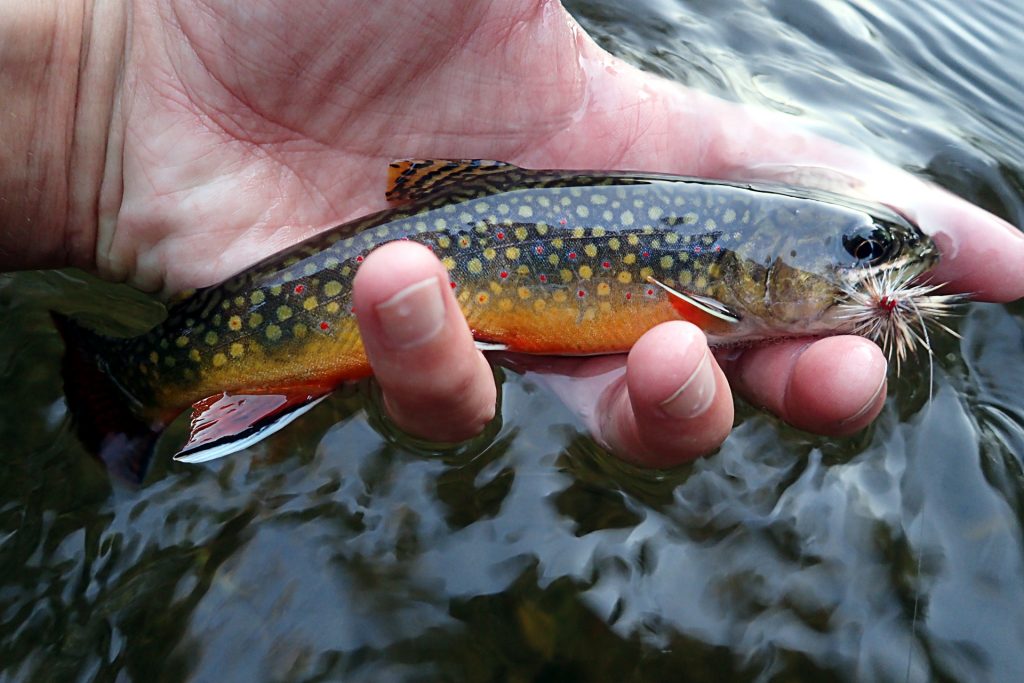 An average, colorful small stream brookie from the weekend.

I also had a run-in with yet another Pike in a large slow hole on one of my favorite local streams. I was casting to brookies when I noticed something very large swaying back and forth at the bottom of the pool. From its long slender body, it was immediately obvious that it was a Pike: around 5-6 lbs. In an attempt to remove it from the stream, I cut the tippet off my leader and managed to sink a large streamer in front of the pike’s nose and hook it. It wasted no time in abusing my flimsy 3 weight and excess fly line slack and wrapped my line around a sunken tree. Needless to say, it’s still terrorizing the brookies in that hole.

I’m hoping to get some Hendrickson spinners tied in the next day or so and get back out while the hatches are still good. I may need to pack a heavier rod as well and pay that pike another visit.