This week was march break for my kids and with spring less than a week away, we hoped for some half decent weather – anything above freezing would do. Well, we got our one nice day, at 6 degrees Celsius. Unfortunately, the next day brought another big snowfall and was followed by a day of nearly -20C (-30C with wind chill). 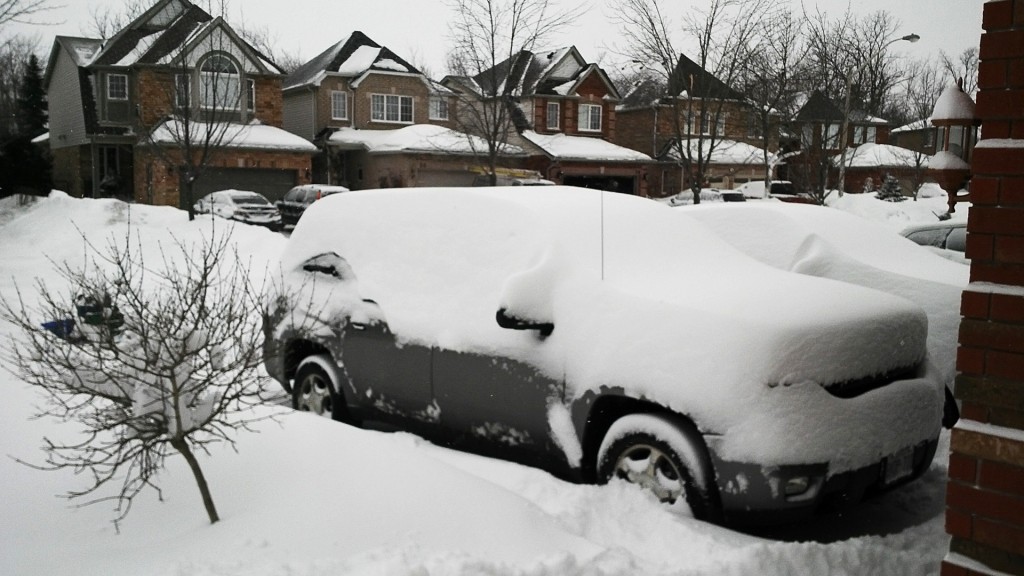 Another foot of snow on March 12. The streams will have no lack of water this spring.

It’s hard to believe that we’re expected to be hitting the rivers in less than a month and the rivers are still completely frozen over and covered with snow. In a few weeks, I’m also planning to check out a nearby fly fishing club as I’m considering getting a membership this year. They have some catch and release fly fishing-only trout ponds that will not only allow me to extend my fishing season, but also be a fun and safe way to get my 9 year old out fly fishing more often.

It’s time to hunker down and top off the fly boxes. Despite the horrible weather, I’m already getting excited for opener!