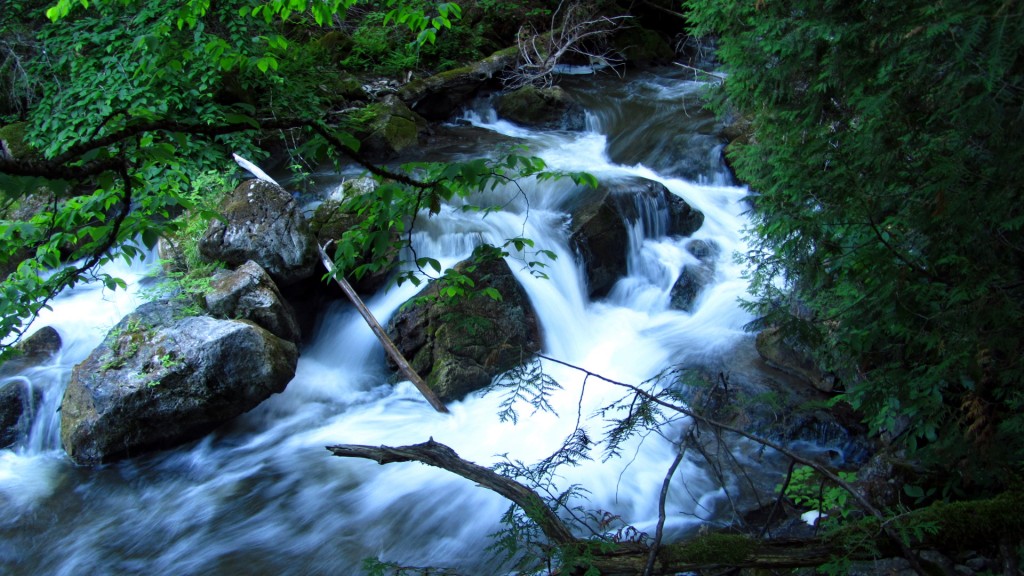 At first glance, this river appears extremely shallow and fast, not exactly what most fly fishers consider productive water. However, a closer look and some footwork reveals a number of small pools that are created by this fast water plunging over rocks and tiny falls. Many of these pools are too small to drift a fly through using a traditional fly cast – instead, one must carefully approach from behind and high stick a dry fly or nymph through the hole. Others holes are larger and have the potential of holding a number of decent sized fish. 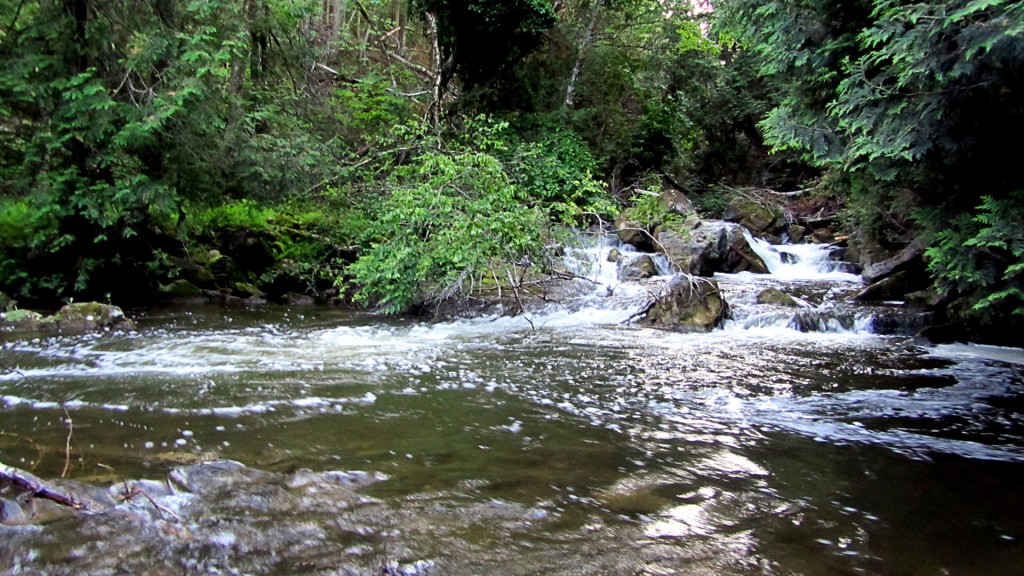 A moderate sized pool at the base of some faster water

I’ve caught  a pretty even mix of Brook Trout and Brown Trout on this water, which is good to see (stop trying to take away our Brown Trout, MNR). Most of the fish are small to average sized, though I’ve heard of some trophy sized browns inhabiting this section as well. 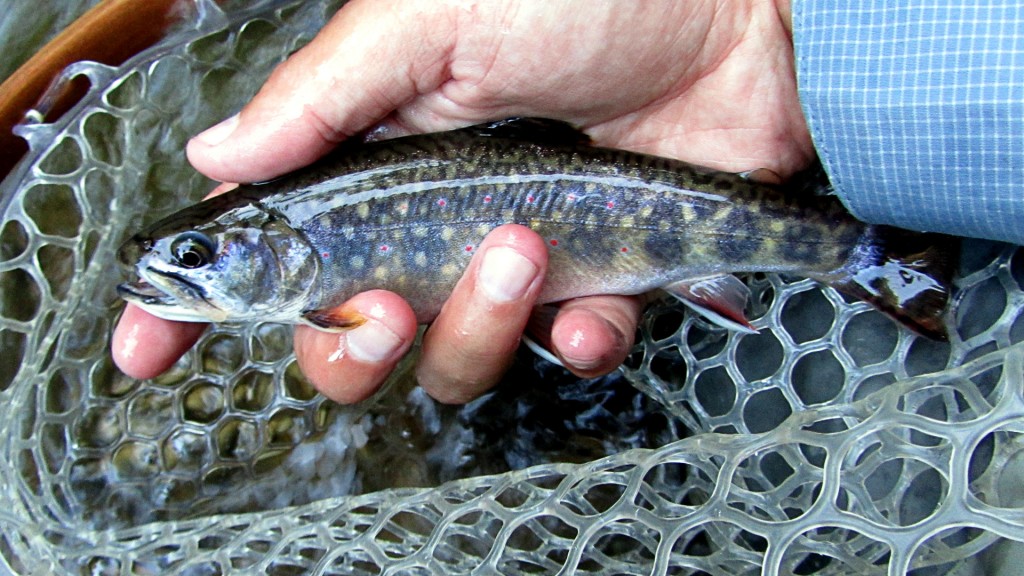 An average sized Brook Trout for this section of river

My favourite dry fly for other sections of this river – the Stimulator – has been even more productive here. This is no surprise given the huge number of stone flies I’ve seen here. 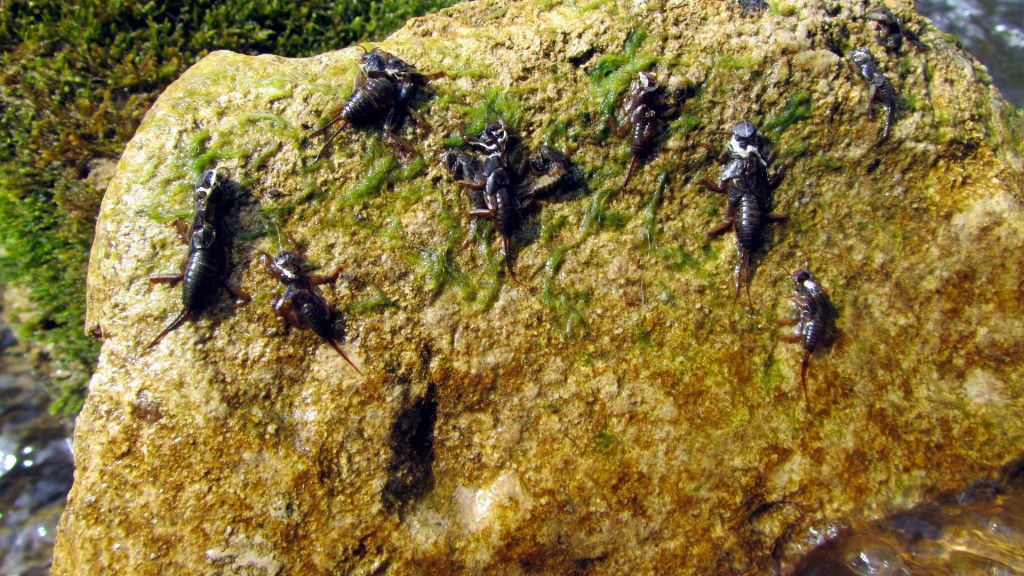 There’s no shortage of stoneflies here

I’ve found that when fish are less keen to take a dry, giving it some action by skating it across the surface will often produce a strike. This is another benefit of the Stimulator, since it floats so well.

There are about four larger holes that I’ve found, as well as a fairly long stretch of nice looking deep water at the bottom of a steep ravine that is nearly impossible to fish. I’m convinced there are some very nice fish down there! 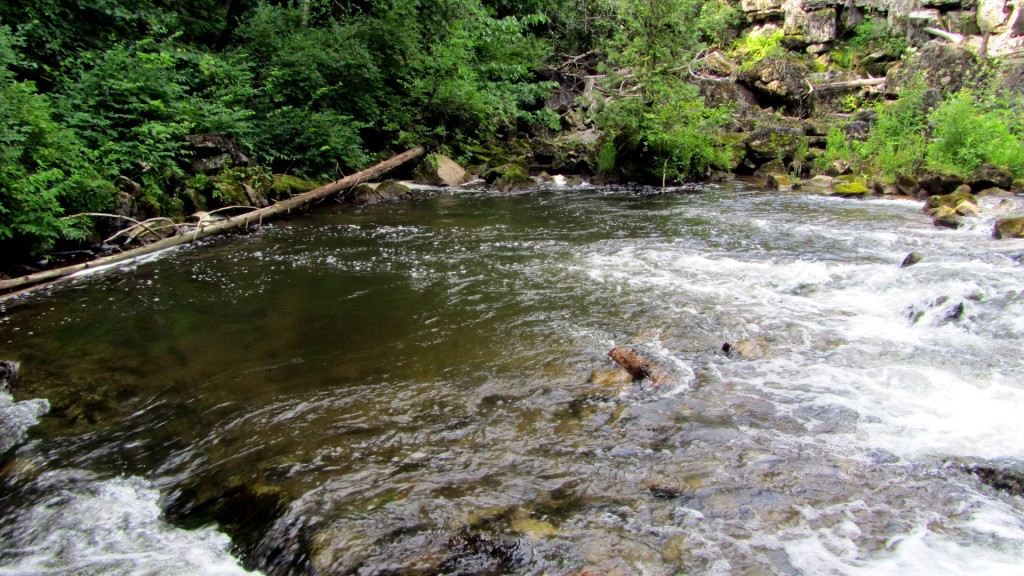 One of the larger holes, which has produced a couple decent fish

One thing this river is notorious for is making you hike a very long way to find larger holes. The one above has produced a couple fish – the brown pictured below as well as a good sized rainbow that my friend hooked into and lost before we could get it into the net. I’m convinced there are bigger fish in here, but I’ve yet to see them.

A mid sized brown, the first fish to rear its head from the previous hole

These pics were taken earlier in the season, though I’ve returned a few times with good results. However, tonight (technically last night now) was a different story. I drove up for a couple hours of fishing before dark, but rather than spend that time actually fishing, I spent it tracing my steps back along the dense forest path, where (in typical style for me) I managed to drop my BlackBerry. I spent nearly 2 hours retracing my steps, only to give up hope and eventually, by some miracle, find my phone lying face down on the dirt while heading back to my car in the pitch-dark.

This season has been somewhat of a disaster for me on the front of losing or damaging things and thankfully tonight was not an addition to that list. But those are stories for another night!