What a strange few days of fly fishing this has been.  Last week I posted about a Pike that I caught while fishing for Brown Trout on the Credit.  Well, this weekend I was fooled again into thinking I’d caught a trophy trout (at least momentarily) when I hooked into another unexpected fish.

After a busy weekend with no fishing, I managed to sneak out for a couple hours of Brook Trout fishing Sunday night.  There wasn’t much daylight left by the time I got on the water and I also was short on flies.  It seemed that everything I had (that the fish were on to) was a size or two too large.  I missed a lot of rises from smaller fish and landed a couple before dark.

On my way back upriver, as the last minutes of light were fading, I stopped to fish a large hole.  I’ve yet to get a quality Brookie out of this water, but it looks SO fishy that I’m convinced it holds many. I don’t fish streamers for Brookies around here often, but I thought I’d try my luck at enticing a larger fish with a Black Ghost as a last-ditch effort for the night. A few casts in, my streamer stopped dead at the bottom of the pool. I yanked a few times but it wasn’t dislodging, so I walked downstream to pull from a different angle. As soon as I freed the streamer, I felt a strong pull and to my surprise a very aggressive fish ran first to the other side of the pool, then straight at me. When I finally got it in, this is what I saw: 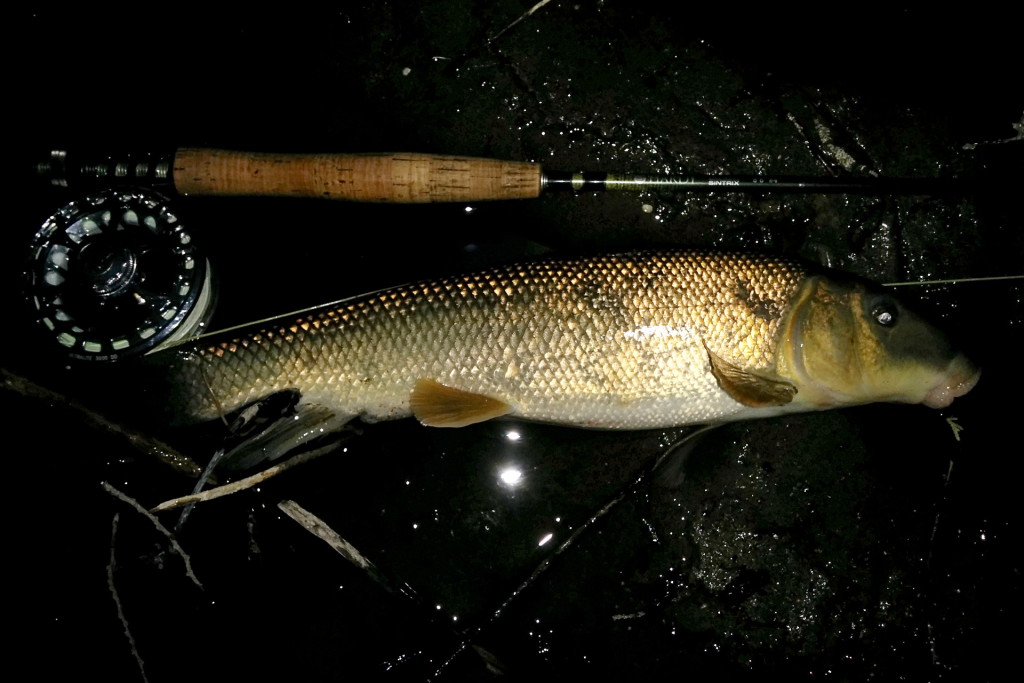 I caught this Sucker after dislodging a snag at the bottom of a nice deep pool.

This is the first Sucker I’ve ever caught and I’ve got to say, it surprised me. I truly thought I had a monster Brook Trout on the end of my line for a while, or perhaps another Pike, but I certainly wasn’t expecting a Sucker. Obviously a disappointment when you’re expecting a colourful Brookie, but at least the night ended with some excitement. 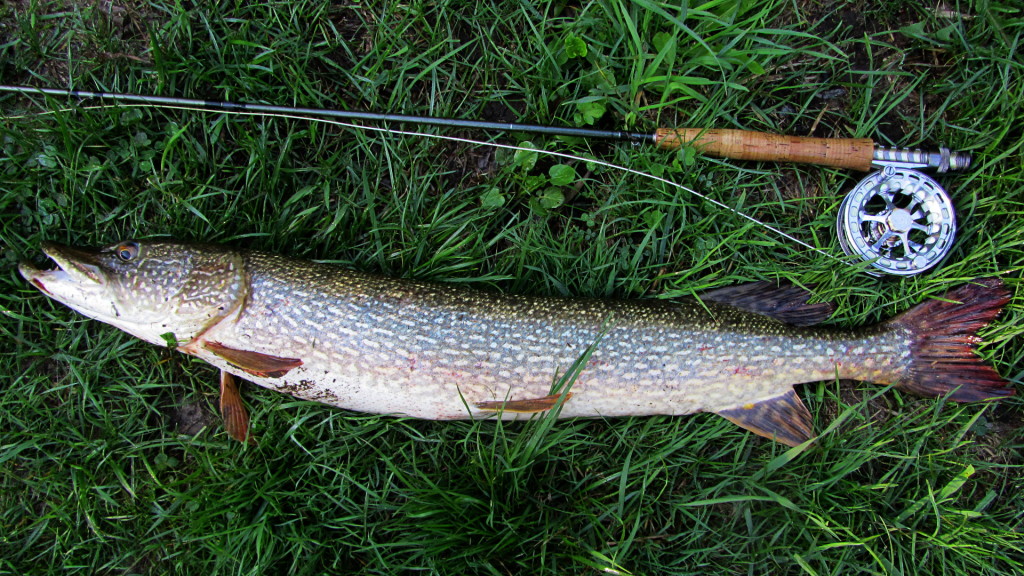